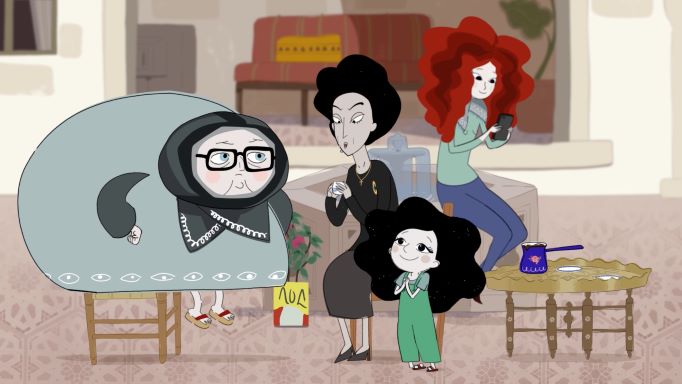 Doha, Qatar; September 26, 2022: Nearly 600 Ajyal Jurors will assess a selection of 12 feature films, including several award-winning works by prominent and emerging film directors, at the Special 10th Edition of the Ajyal Film Festival to be held from October 1 to 8, 2022. The selected films celebrate diversity and cover a wide range of themes – from coping with grief, mental health, breezy comedies about brotherly affection, and how the millennial generation is adapting to the realities around them.

The feature films and a broad selection of 26 short films will be screened for the Ajyal Jury in the three competition categories – Mohaq (jurors aged 8 to 12); Hilal (13 to 17 years) and Bader (18- to 25-year-olds). They will watch the films, discuss with their peers from around the world and assess them to select the Festival award winners.

Fatma Hassan Alremaihi, Chief Executive Officer of the Doha Film Institute, and Festival Director, said: “Delivering inspirational stories of bonding, optimism and the human spirit to overcome trials using powerfully creative narratives, this year’s selection of feature films stand out for audacious themes that resonate with young people around the world. Many of the films have young protagonists who are successfully navigating the challenges around them in an increasingly complex world. The themes are handled sensitively and continue to convey messages of hope and positivity to inspire our youth to reflect, build important connections, and find a deeper understanding of the shared human experience.”

Feature films in the Mohaq category include:

Feature films screening in the Hilal category are:

Feature films in the Bader category include:

to protest the harsh higher education reforms. 20-year-old Abdel is tragically shot dead by a police officer and hours later, Malik is pursued and beaten to death by three police officers. As revolt threatens to erupt amidst a population horrified by Malik’s murder in the heart of their city, the families of both victims, struggle to understand what really happened that night.

The 2022 Special Edition of Ajyal is the Doha Film Institute’s tribute to the nation in an extraordinary milestone for Qatar and the Arab world, and a shining example of how ambition, dedication, and commitment to success can turn dreams into reality.