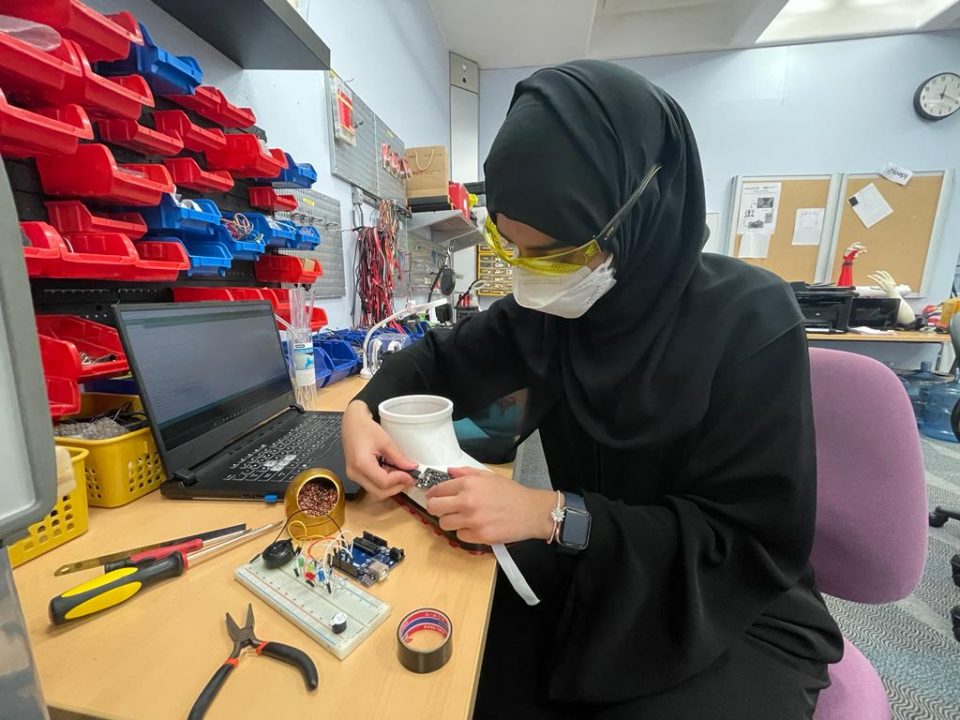 The Department of Computer Science and Software Engineering under the College of Information Technology at UAEU in collaboration with Tohoku University in Japan conducted research that reveals the importance of hearing as a sensory cue for Astronauts to safely navigate in Space and prevent the risk of tripping that may cause danger and fatality in the worse condition.

The team led by Dr. Jose Berengueres authored the research and recognized that the records found from the NASA investigation on the Apollo moon mission where 27 falls and 21 near falls has been partly due to the difficulty of reading the terrain. This catalyze improving spacesuits to not only be robust but also feasible to not limit certain movements and sensory capacity of an astronaut especially in space missions to the moon and soon in Mars.

The researchers turned to the Fukuda-Unterberger stepping test to determine how much of the human sense of sound contributes to spatial awareness. They conducted an experiment with 14 participants to determine the effect of having limited hearing to the human sense of balance and movement. “All the data we have now indicates it would but how much of an improvement at the end of the day that represents, we don’t know yet. Anything we can do to improve safety, even at 1 percent, I think is worth exploring especially if it’s a cheaper or lighter option than haptics,” Dr. Jose said.

Dr. Jose and his team which includes undergrad student Mariam Alkuwaiti – have previously worked on haptic feedback devices installed inside the boots where it can record information of the ground, but they have been testing out simple microphone set ups in the boots for a more sustainable, lighter, cheaper option.

The team carried out initial experiments with microphones installed in shoes but aims to do further research with a real spacesuit to run realistic tests. The difference between the density of the atmosphere in Mars and on Earth plays a huge factor in assessing the effectivity of incorporating microphone set up boots in the overall spacesuit. “Humans are usually unaware of how much sensory information they are using just to navigate their environment. There’s a lot of sensors built into our bodies that I think we kind of take for granted. On Earth, our visual and tactile senses work well enough that hearing probably isn’t vital, but things might be different in space. So, if you can bring back something like hearing your footsteps, maybe it is of added value,” Jennifer Fogarty at Baylor College of Medicine in Houston, Texas said.

Gulf News EduFair: All you need to know about studying in the UAE under one virtual roof