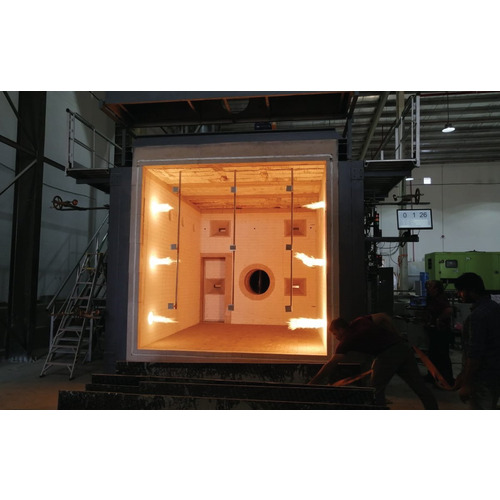 Dr. Charbel R. Aoun, Head of ACTS Fire Division, commented, “This project was launched after years of planning and study, and is currently led by a team of international experts in fire resistance testing. It gives us great pride to set this milestone for ACTS and to be uniquely associated with the Saudi Civil Defense, SAC, GAC, as well as the world-renowned certification firms, for their fire certification services in Saudi Arabia.”

Saying that ACTS has also been selected by global certification agencies to conduct fire testing for product certification in Saudi Arabia, Dr. Aoun added, “We look forward to increasing the awareness in Saudi Arabia on the importance of fire testing and on the use of testing as an effective prevention strategy from fire hazards. The Saudi market was underserved in this space, and we hope to contribute to higher levels of fire safety in the Kingdom.”

ACTS, which is one of the few firms in the Middle East and the premier in KSA, provides fire safety testing and inspection services through its state-of-art fire testing laboratory that allows companies to test their building products according to Saudi Building Code 201 (General Requirements), Code 801 (Saudi Fire Code), GCC Code, the International Building Code (IBC) and International Fire Code (IFC).

The fire testing and inspection services provided by ACTS cover a wide range of global standards such as ASTM, ISO, BS-EN, UL and NFPA standards, under its scope of accreditation.

Saudi Arabia turns to Euro-bond amid near record-low yields