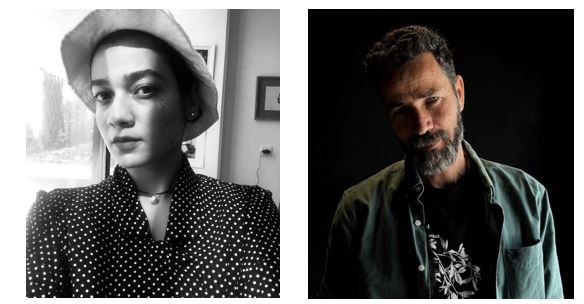 Doha, Qatar; September 28, 2022: Ajyal Talks, the specially curated discussion as part of the Special 10th Edition of the Ajyal Film Festival to be held from October 1 to 8, 2022, provides Ajyal Jury aged 8-25 with the opportunity to gain in-depth insights on how modern city planning principles define the architectural idiom of Doha, while the Spotlight sessions engage actors Sadaf Asgari and Saleh Bakri to share their inspiring creative journeys.

Ajyal Talks provides a platform for the youth jurors to enhance their sphere of knowledge through participation in insightful discussions and Ajyal Spotlight presents special global guests in film and art to share their diverse experiences and perspectives on the importance of creative expression.

Fatma Hassan AlRemaihi, Chief Executive Officer of the Doha Film Institute, and Festival Director, said: “As part of Ajyal’s mission to inspire the next generation to think creatively as agents of positive change and problem-solvers of tomorrow, the 2022 Ajyal jury will interact with international film, arts and architecture experts. In sharing their deep expertise with the next generation of creative leaders, our guests further DFI’s mission to empower youth to forge bold paths and to amplify their unique voices.

“With the world’s focus on our nation, it feels fitting to highlight our city’s architectural ethos as a central theme of Ajyal Talks.  Jurors from around the world can understand Doha’s influence on how the cities of the future are being shaped, and appreciate the hard work, dedication and commitment that define every creative artist and professional’s journey as part of our Spotlight offerings.”

Ajyal Talks-‘A Skyline of Stories’, on October 4, from 7.30 to 8.30 PM, brings together leading Qatari and Arab professionals to address how modern cities express themselves, using tools such as architecture, infrastructure and zoning.  Moderator architect, writer and curator Jumanah Abbas will cover the creative process of imagining the physical dynamics of a future city.

A highlight of the session is the participation of Hisham Qaddumi, President and Principal in Charge of The Arab Architects, a multi-disciplinary design firm that is quality-oriented and value-driven, and incorporates the rich cultural, art, and design influence of the Arab world on modern design. Mr. Qaddumi also directed the work that produced the plans for the city of Doha and also served as the technical adviser to the ruler of Qatar from 1974-87. He will be joined by Abdullatif Al-Jasmi, Director of Heritage Preservation at Qatar Museums; and Ibrahim M. Jaidah, Group CEO & Chief Architect of the Arab Engineering Bureau, a researcher and the author of the Qatari Style, History of Qatari Architecture, and 99 Domes.

Inspiring regional talent take centre stage at this year’s Ajyal Spotlight sessions: Sadaf Asgari, an influential young Iranian actor of an impressive slate of prominent and award-winning films, including her heartbreaking debut in the DFI-Granted Disappearance. She also stars in Until Tomorrow by Ali Asgari screening in this year’s programme.

Saleh Bakri is an internationally renowned actor from Palestine, whose critically acclaimed work spans across film and theatre. Bakri has appeared in several DFI-supported features, including Wajib by Annemarie Jacir, Costa Brava, Lebanon by Mounia Akl, and Farah Nabulsi’s The Present, an Academy Award nominee and winner of the BAFTA Award for Best Short Film in 2021.

The 2022 Special Edition of Ajyal is DFI’s tribute to the nation in a historical milestone year for Qatar and the Arab world, and a shining example of how ambition, dedication, and commitment to success can turn dreams into reality.