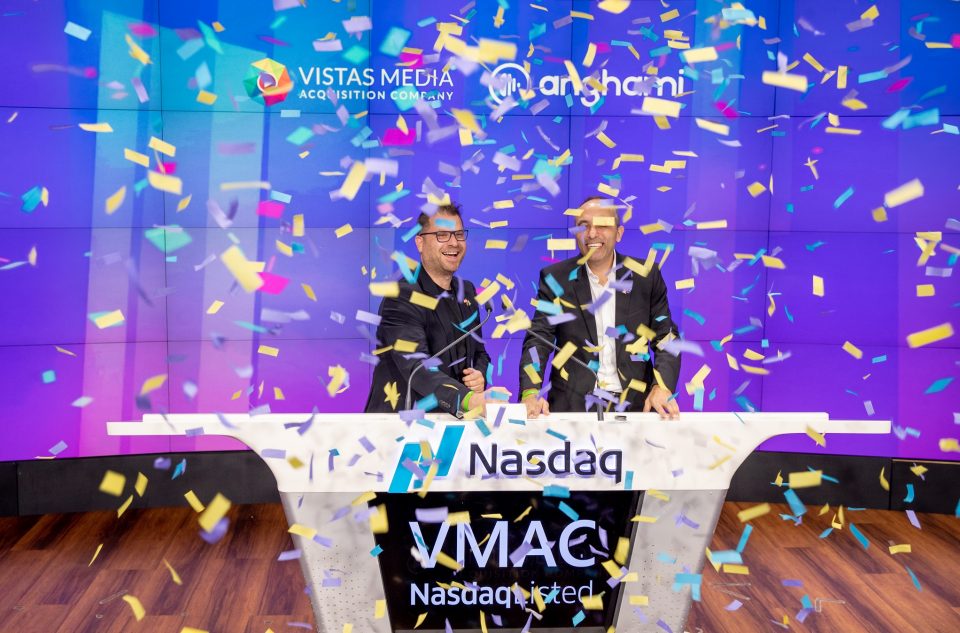 Abu Dhabi, UAE – May 18, 2022 – Anghami Inc. (Nasdaq: ANGH) (the “Company” or “Anghami”) today announced that it has filed its annual report on Form 20-F (the “Form 20-F”) for the year ended December 31, 2021, with the U.S. Securities and Exchange Commission on Friday, May 13, 2022. The Form 20-F can be accessed by visiting either the SEC’s website at www.sec.gov or the Company’s website at https://www.anghami.com/investors. In addition, the Company’s stockholders and warrant holders may receive a hard copy of the Form 20-F, which includes the Company’s complete audited financial statements, free of charge by requesting a copy from the Company’s Investor Relations department at ir@anghami.com

For the year ended December 31, 2021, Anghami’s paid subscribers increased to 1.4 million, driven by improved customer retention, the introduction of new subscription plans and smart billing enhancements. Subscription revenue also increased due to a focus on monthly subscriptions, which grew by 47% year-over-year to 1.2 million users in 2021.

Ad-Supported revenues for the year ended December 31, 2021, increased as brands restarted investment in advertising after the pandemic, which resulted in a 70% growth in ad revenue year-over-year, driven by an increase in bespoke branded content production, content promotion and in-house productions.

Anghami has expanded its partnerships with telecom operators across the region from 35 to 41 as of December 2021 to offer its market leading music services to a larger audience.

Exclusive offerings and originals: to further differentiate and reward its users, Anghami announced a strategic, exclusive, multi-year partnership with global megastar and most streamed middle eastern artist Amr Diab during February 2022 — as an exclusive platform for his past and upcoming music and video releases, in addition to other exclusive benefits. By March 2022, Amr Diab had recorded a 21% increase in the streaming market share on Anghami.

Rotana: In April 2022, the company announced the return of Rotana Music, the world’s largest Arabic music label, which also represents the largest group of artists from the GCC, after almost three years of Rotana’s absence from the Anghami platform. This has strengthened our position as the region’s leading music streaming platform, resulting in higher user engagement and a 17% improvement in Anghami’s Day 1 retention in the first week after Eid. The Rotana Library also supports the growth of the platform, especially in the key Saudi Arabian market where Rotana’s artist concentration is high, user interest is high, and we believe is expected to create more B2B opportunities.

Podcasts: Daily podcast users grew 77% in 2021 compared to 2020, driven by improvements to the product that enhances Anghami’s understanding of user behavior through more user engagement. Moreover, the podcast offering improved after Anghami partnered with multiple podcast networks and created its own podcast shows. This resulted in a 20% year-over-year growth in Anghami’s user consumption of non-music content, further highlighting the growth potential of the podcast segment & product.

Preliminary unaudited total revenue for the first quarter of 2022 of $9.3 million, an increase of 23% year-over-year compared to the Q2 2021.

The total number of active users increased by 20% year-over-year to 18.5 million in Q1 2022. The growth of users was driven by increased localization, namely in Arabic and original content, an improved recommendation engine, unique social features and special activations in several countries.

Leveraging data and analytics to improve user experience: Anghami’s algorithms have continued to improve, resulting in a 7% increase in monthly user engagement, as well as a 9% year-over-year increase in median weekly streaming time reaching 82 minutes per day. On the social front, user interaction increased by 50% during the same period.

New brand identity: In the first quarter of 2022, Anghami unveiled a completely new brand identity to support the next phase of growth. Anghami’s new brand positioning is underpinned by a new logo and visual identity, which consists of four colored lines representing a “traveling voice” that carries Anghami’s message to the world. The lines bring to life the voices of the many Arab creators and storytellers who share their voices on Anghami and are an invitation to people around the world to enjoy, create with, and celebrate Arab culture.

Live Radio: In May 2021, Anghami launched Live Radio, an innovative real-time music and audio experience that allows users to tune in, listen to music together, and interact in real-time. In Q1 2022, the Mic feature was introduced for all premium users, allowing them to create radio channels, to share discussions, music and more resulting in usage averaging 1 hour 5 minutes per day per active live radio user.

Dish Networks : In January 2022, as part of our commitment to capitalize on a major opportunity in the Arab Diaspora and expand our user base beyond the MENA region, we launched a partnership between Anghami and SLING to provide subscribers with special access and tailored offers for premium paid content, bringing Arab consumers the ultimate Arabic music and TV entertainment experience in the U.S., as well as opening Anghami as a freemium offering for the first time outside the Middle East and North Africa.

Arabic only: Anghami launched an Arabic-only tariff for the first time, which currently has more than 35,000 subscribers and targets the mid- to-low price segment in Egypt, with an affordable tariff that can be deployed in other low ARPU markets — supported by marketing from mobile operators.

Ramadan: Just in time for Ramadan 2022, Anghami launched “Live Ramadan with Anghami,” a customized experience with a mix of spiritual, meditative and entertainment content – with special live broadcasts from content creators from partner networks on topics such as spiritual health, entertainment and sports. This campaign helped increase customer retention by 30% compared to previous years.

TOD/BeIN: Anghami partnered with TOD (www.tod.tv) from beIN to stream world class sports audio content starting in Ramadan to capitalize in the run up to the FIFA World Cup Qatar 2022.

Hardware partnerships: In line with our goal to be where our customers spend more time with Anghami, we’ve partnered with LG TV in 17 countries across the MENA region, where Anghami will feature prominently on the smart TV launcher. Also, for the first time, there’s an Anghami app for Fitbit watches with a special promotion in the United Arab Emirates and Saudi Arabia.

Anghami Lab: In August 2021, Anghami announced a joint venture with Addmind (www.addmind.com), a leading hospitality group in the MENA region. We expect to launch in Q3 2022 Anghami Lab, a music venue, lounge and studio — our first of many locations starting in Riyadh Saudi Arabia, where music creators can experiment by collaboratively creating music inspired by Arab and international cultures to be performed at the venue.

Eddy Maroun, Co-founder, and Chief Executive Officer of Anghami, said, “2021 was a very special year for us, with many significant milestones leading up to our listing on NASDAQ paving the way to achieve our growth goals that started to flourish in Q1 2022. In terms of partnerships, our exclusive deals with artists such as megastar Amr Diab, Original content and our label initiative Vibe Music Arabia with Sony Music, Amazon Prime & Alexa, TOD/BeIN and our renewed partnership with Rotana Music have strengthened our ability to provide an unparalleled experience to our users, with the largest Arabic content offering on top of the world’s repertoire. This is in line with our goal to expand the Arabic culture through content and technology. As we grow further towards being an entertainment platform, we are working to bring innovative concepts like Anghami Lab to life – to be the first immersive experience of its kind, connecting the online and offline worlds and bridging the gap between digital and traditional entertainment while supporting local creator communities.”

F. Jacob Cherian, Co-Chief Executive Officer of Anghami, commented, “Anghami has met many expectations in the run-up to its Nasdaq listing and remains committed to launching more innovative offerings, expanding its global reach and delivering value to customers through best-in-class content and innovative new features. We are confident that this positive development will continue through 2022 as we benefit from our growing partnerships and offerings.”

The GCC or Gulf Cooperation Council, is an economic union that consists of Bahrain, Kuwait, Oman, Qatar, Saudi Arabia, and the United Arab Emirates.

Eid or Eid al-Fitr is the one of two official holidays celebrated by Muslims worldwide  marking the end of the month-long dawn-to-sunset fasting of Ramadan.

Mic feature or Microphone feature allows any live radio host to talk like a real radio host over the music.

Ramadan a month observed by Muslims worldwide as a month of fasting, prayer, reflection and community

beIN is a global network of sports tv & media channels, that has played a major role in the increased commercialization of sports in the MENA region and carries most football & World Cup events in the region.

International Day of Yoga 2022 brings together 15,000 participants to do Yoga with Hon’ble Prime Minister tomorrow