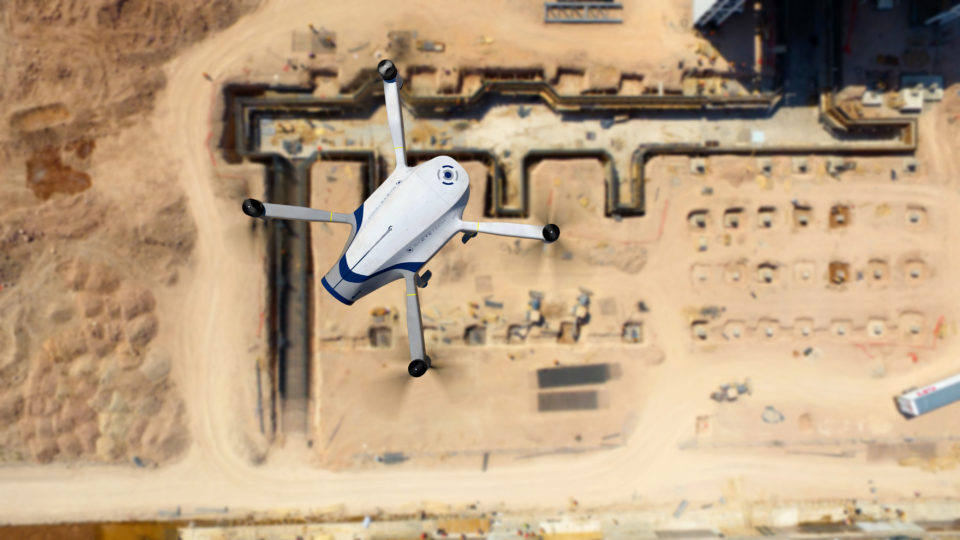 Skeyetech is a ready-to-fly surveillance system, which has been designed to monitor and confirm events, conduct perimeter patrols and provide support operation to ground security personnel. This new autonomous security system, which is already deployed in France, can be used directly by security agents as it needs no remote pilot skills or certification.

“We are delighted to be introducing our state-of-the-art autonomous UAV in the Middle East, and more precisely in Dubai. This launch coincides with the city’s journey towards transforming Dubai into a smart city. Skeyetech is, therefore, the perfect fit for such a status. Our drone will provide the much-needed security solution that will ensure properties such as oil and gas facilities or ports are protected from any emerging threats,” said Jean-Marc Crépin, CEO of Azur Drones.

Based in Bordeaux, France and backed with $25 million raised, Azur Drones obtained the first and only approval for autonomous drone flights from the French Civil Aviation Authority (DGAC). This approval proves the high levels of safety, reliability and quality of Skeyetech system, which was fully developed by Azur Drones’ skilled engineering team.

Azur Drones’ entry into the Middle East market is timely and also expected to reignite the industry’s growth, which according to research by 6w Research will be worth US$8.4 billion by 2025.

The research also indicates that the expected growth is being driven by increasing infrastructure development and stringent regulatory policies. This, in turn, has fueled demand for super-smart high-tech surveillance solutions, such as next-generation drones.

“Skeyetech’s launch into the Middle East is indeed a growth-driver for the industry. Our autonomous drone-in-a-box solution provides everything that is needed to not only grow this dynamic market but to also offer cost-effective, cutting-edge security solutions to modern security challenges. We have developed a rugged version of Skeyetech for the Middle East to withstand high temperatures and sandy weather. This shows that we have taken the region’s terrain and weather conditions into consideration,” noted Nicolas Billecocq, COO of Azur Drones.

As part of the Middle East market penetration strategy, Azur Drones, which has hopes of becoming a leader in drone-in-a-box surveillance solution in the region, also plans to strengthen its presence in the region.

Skeyetech drone is deployed autonomously from its docking station and is weatherproof. Its users can easily launch scheduled and on-demand missions. Thanks to its integration with main Video Management Systems (Genetec, Milestone), Skeyetech can be readily and efficiently added to existing security systems.

Skeyetech drone, which can attain a speed of 50 km/h in just a few seconds, is equipped with high-quality EO/IR sensors, enabling the operator to see better and further in both daytime and night operations. It can also safely assess the situation in potentially hazardous zones such as fires and intrusions without jeopardizing the operator’s safety.

Skeyetech made-in-France patented technology is now available in the GCC.

Founded in 2012, Azur Drones is one of the world leaders in autonomous surveillance UAVs. The company has developed Skeyetech system, a patented pilotless drone solution designed to reduce risks on sensitive and industrial sites. Fully integrated into existing security systems, Skeyetech is operational 24/7 to carry out specific checks, perimeter patrols or assist in crisis situations. It is today the first and only autonomous drone approved in Europe, proof of its high level of reliability and safety.

Based in Bordeaux, Paris and Dubai, Azur Drones collaborates with well-established contractors in France and abroad (US and Middle East). It is engaged in several strategic partnerships with major actors of the security market such as Genetec, Milestone or ONET.