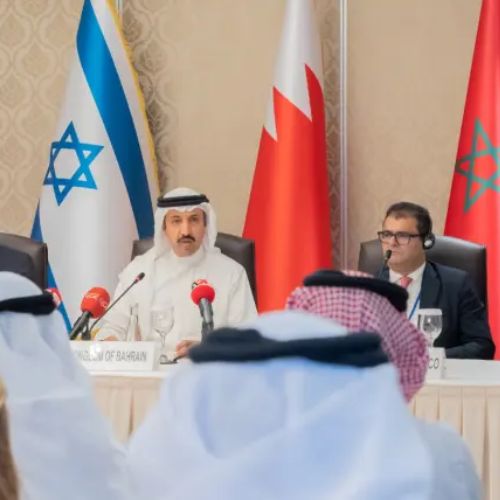 Bahrain recently joined an industrial bloc that includes UAE, Egypt, and Jordan. The partnership is called the Industrial Partnership for Sustainable Economic Development, and Bahrain’s participation is expected to increase the partnership’s value to over $112 billion. The alliance announced Bahrain’s participation during the higher committee meeting in Cairo. Representatives of all countries attended the meeting.

Bahrain recently became the fourth country to join the industrial pact involving Egypt, UAE, and Jordan. An alliance of Jordan, UAE, and Egypt signed the initial agreement in May 2022. The pact is mainly strategic and aims to increase value addition across the partner countries and strengthen the industrial value chain. According to Dr. Nervin Gamea, Egypt’s Minister of Trade and Industry, the partnership will significantly maximize the industrial efforts of the countries and contribute to the development of the Arab world. UAE’s Minister of Industry and Advanced Technology, Dr. Sultan Al Jaber, has also stated that the pact is open to all parties seeking to utilise the combined industrial strength of the four countries.

According to the partnership’s statement, the partnership will involve establishing joint industrial projects, diversifying the economies of member countries, improving export rates, and creating jobs. The combined efforts of the countries are also expected to help reduce industrial costs, improve self-sufficiency, and boost resilience with technology.

The agreement focuses on five primary sectors of mutual interest: metals, textiles, pharmaceuticals, agriculture, and minerals. Already, the partnership committee has approved twelve projects relating to the agriculture priority sector. The committee has stated that the next set of projects will focus on other priority areas like textiles. With Bahrain joining the pact, it brings its strong iron ore production and over 9,500 industrial companies to the fore. Bahrain’s participation also adds over 50,000 industrial employees to the alliance.

An investment fund worth $10 billion has been allocated to the partnership. According to Dr. Al Jaber, UAE’s Minister of Industry and Advanced Technology, the Abu Dhabi Development Holding Company will manage the investment fund. The UAE has also taken further steps to leverage the partnership. UAE’s Emirates Development Bank has announced that it will provide financing to all UAE companies seeking to conduct activities under the industrial partnership.

This new alliance accounts for about 27 percent of the entire population in the Middle East and North Africa region and will result in an aggregate GDP value of over $800 billion. Member countries will also exchange technological expertise and readily access one another’s markets. The pact will also increase sustainable growth in all four economies.

The alliance of Jordan, Egypt, UAE, and Bahrain will make the partnership the largest combined iron ore exporter across the Middle East and North Africa (MENA) region, with an aggregate value that surpasses $6 billion. It is expected that the pact will help strengthen economic and political relations among the four countries while also improving economic diversification.

A Measured Approach to E-Cigarette Taxation Is Essential

GT USA Enabling a Turnaround of the Port of Wilmington