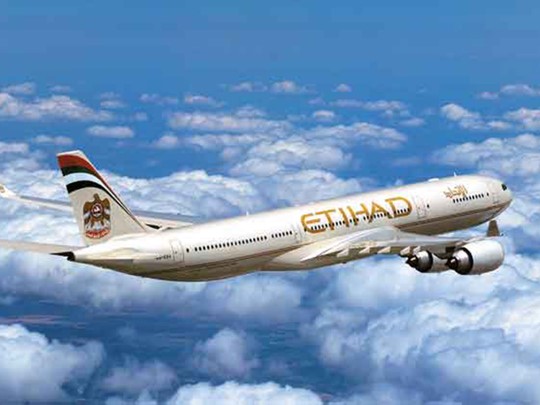 Abu Dhabi: Etihad Airways will be flying more special flights to and from select destinations on May 21 and 22 for the benefit of outbound and inbound travellers.

The special flights include those to Belgrade and Toronto from Abu Dhabi and back. These are in addition to a series of inbound flights announced from 12 destinations earlier this month.

In a press statement on Tuesday, the airline said it will increase frequencies on previously announced special flights and will add new services to Belgrade, Dublin, Geneva, Milan, Paris Charles de Gaulle, and Toronto throughout Throughout May and June.

In addition to the recently launched link between Melbourne and London, Etihad will also add services to Sydney, allowing a direct transit connection to and from the UK capital via Abu Dhabi, it said.

Tweeting the launch of the Belgrade flight this morning, the airline said, “We’ll be flying a one-off flight from Abu Dhabi to Belgrade on May 21 to help Serbian citizens return home, with a return flight to Abu Dhabi on the same day for UAE citizens and residents.”

Oil gains for 4th day on signs of output cuts