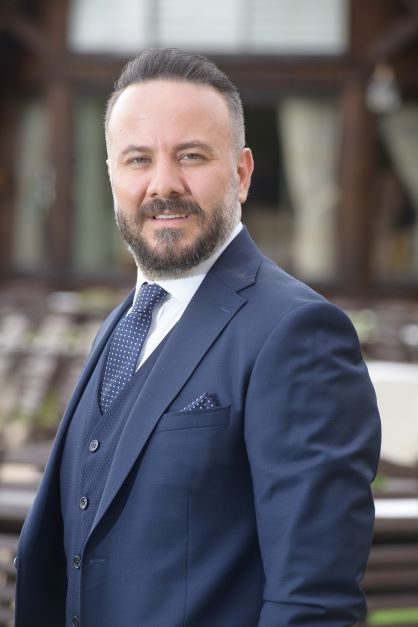 Dubai, UAE, 13 October 2022: The expected rise of more augmented reality (AR)-based devices and applications will lead to the technology’s mainstream use and dominance over smartphones by 2030, a Dubai-based PR consultancy firm projected today (Thursday, 13 October 2022) in connection with the ongoing Gitex Global 2022.

Virtue PR made the forecast, citing the latest trends and developments on the global tech scene. The leading PR and marketing firm in the UAE is confident of transformative advancements in the development of immersive technologies such as AR, which could pose threats to the present dominance of smartphones and may even result in the latter’s demise in less than a decade.

Firas Sleem, CEO of Virtue PR, said: “Despite the release of many wearables available today, smartphones have remained immovable in their position as the top devices essential to our daily lives. We still use our smartphones to surf the web, send text messages and make calls, take photos and videos, find direction, enable live streaming, and many more. But the developments particularly involving AR are a gamechanger and could replace and exceed the functions of smartphones in the future. Backed with 5G networks, AR technology’s ability to seamlessly combine our real world with the virtual universe will make a huge difference and will be its main competitive edge over our internet-based phones of today.”

“It is for this reason that more and more tech businesses are joining the AR race. The need to future-proof business organizations has never been more imperative, especially if they want to avoid the fate of Kodak, which had lost its niche with the dawn of smartphones. However, we could also consider the likelihood of smartphones still being present in 10 years but with limited use– much like what landlines  and fax machines are today, which had also lost their power in the digital age,” he added.

Facebook, Google, Microsoft, Samsung, and Apple are some of the tech giants that are at the forefront of building more mainstream wearables and other tools driven by AR and other immersive technologies. AR and its applications are also being explored for use in major sectors such as healthcare, education, entertainment, manufacturing and industrial.

Big industry players are expected to step it up a notch as evidenced by heightened interest in metaverse and mind-reading technologies, including the one being developed by Elon Musk’s Neuralink. In metaverse, in particular, where people are expected to eventually converge for communication, work and entertainment as envisioned by FB CEO Mark Zuckerberg, AR-based glasses will be the key to entering this immersive digital world, and not smartphones.

Globally, the AR market size valued at USD 17.67 billion will experience a compound annual growth rate of 43.8 per cent from 2021 to 2028, according to a report by Grand View Research.

Sleem concluded: “We are seeing many expectations from AR technology that we urge PR agencies in the UAE and wider region to start considering while devising PR and communications strategies for their clients across industries. While opportunities abound, we also predict some major global challenges including key issues such as privacy concerns and regulations. Makers of AR devices should ensure that their technologies are safe to use by the people once fully rolled out for wider and faster adoption.”