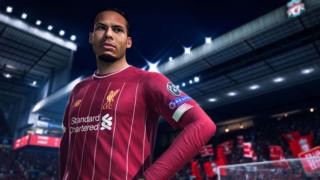 Fifa game developer EA Sports promises that the next-generation version of Fifa 21 will feature new technology to make it the most realistic yet.

Next year’s entry will release for both existing consoles and the new Xbox Series X and Playstation 5. But EA says the newer consoles will take advantage of more advanced technology.

The Fifa series remains one of the most popular video game franchises in the world.

Despite regular criticism that the annual game is often very similar to the previous year’s entry, it had sold over 260 million copies as of 2018. EA says its newest title will feature…