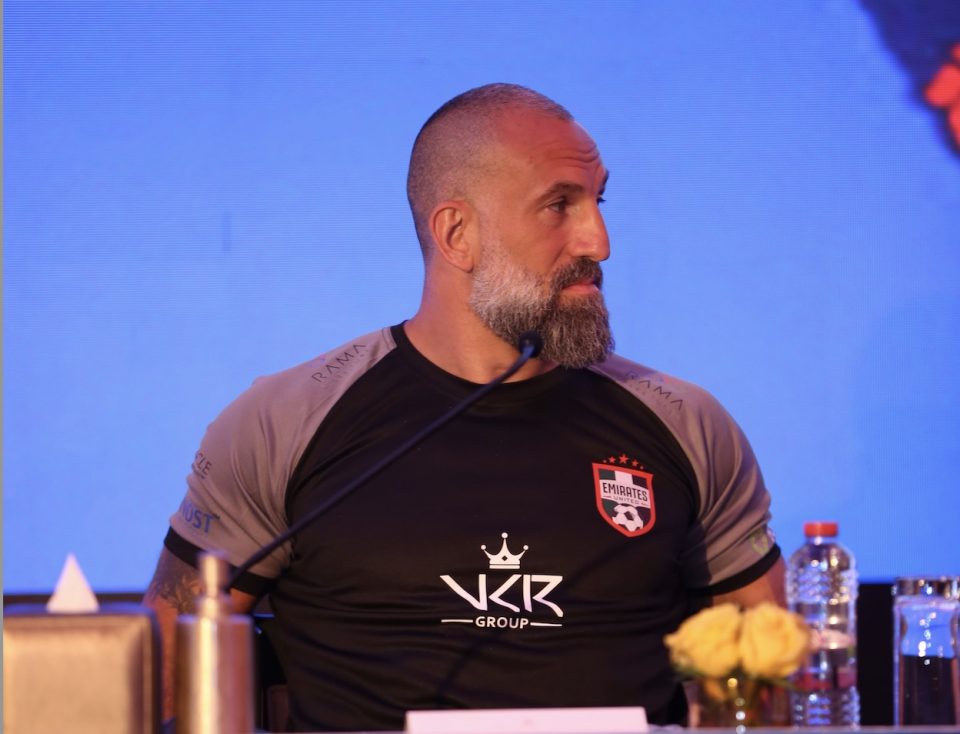 The month of May was abuzz with the first-of-a-kind Celebrity Football Cup by AG Events at Shabab Al Ahli Stadium in Dubai. Celebrated Indian and UAE stars graced the football field on Saturday, May 7th in a friendly but equally competitive game between All-Stars Football Club (ASFC) led by Abhishek Kapoor and other BTown stars and Emirates United comprising of Dubai-based celebs and entrepreneurs.

One of the key players who propelled Emirates United to a stunning 3-0 win against the ASFC including the first goal via a powerful header was Fadi El Khatib.

The Lebanese professional basketball player, nicknamed Lebanese Tiger for his ferocity and relentless scoring, was at the forefront of Emirates United. El Khatib played in three consecutive FIBA World Championships (2002, 2006, and 2010), helping Lebanon defeat Venezuela and France in 2006. He was also instrumental in Lebanon finishing second in three FIBA Asia Championship finals.

MENews247 caught up with the Lebanese Tiger, Fadi El Khatib to learn more about their winning tactics and his overall experience of this first-ever celebrity football match in Dubai.

How was your overall experience playing against the All-Stars Football Club?
The experience with the All-Stars was incredible, and even though I had to leave after halftime, it is a memorable one I will never forget. It was a lot of fun to play against, and I would like to get to know them better.

What stood out for you at the event?
The aspect of charity was what caught my attention. We are all professional athletes and sports fans, thus we participate in sports on occasion. Playing for a good cause is always more enjoyable and adds a lot to the game.

Which ASFC celebrity were you most excited to see and interact with on and off the pitch?
Abshikek was definitely my favorite cause we started off on a really fun note. I remember Abhishek joking at the press conference stating that they are scared of playing against us because of my height and size. He is a really fun guy and genuinely enjoyed interacting with him!

I believe that it should take place as often as possible, at least twice each year. Furthermore, I believe that we should expand beyond football and focus on other sports as well, as this is a great way of bringing the community together.

Any comments on AG Events or Ayush Gupta?
Overall, I do believe that AG events and Ayush did a fantastic job of pulling this together and I definitely wish to see a lot more taking place in the future. The sole area of improvement is that games that benefit the community should be more prominently promoted and publicized, as these are very rare. The next game’s focus should be on all of the players engaged, as well as the organizing team and administration, in order to boost viewer engagement.

Mahdi Yaqoob Interview: I was honoured to be part of an incredible event.

Ready or not, the big shift is happening

Gambhir slams Dhoni’s decision to bat at No. 7: ‘Makes no sense to me’