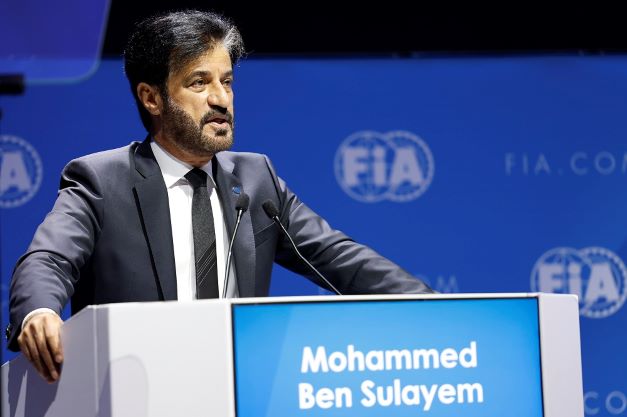 On the occasion of the FIA Annual General Assembly meeting held in Bologna, Italy on 9 December, the FIA revealed the winners of the 2022 FIA President’s Awards: the Royal Automobile Club of Jordan (Climate Action), Mobilité Club France (Road Safety), and Motorsport Australia (Equality, Diversity and Inclusion). A Special Award was given to the Fédération Automobile d’Ukraine.

Launched in September 2022, the FIA President’s Awards aim to recognise the significant work carried out by FIA Member Clubs to bring sustainable and measurable change within the FIA community and society at large in the fields of climate action, road safety, and equality, diversity and inclusion. By raising awareness on these causes and highlighting existing solutions, the Awards will contribute to the achievement of the global sustainable development goals which are central to the FIA’s mission.

Out of the 51 applications received, the 2022 FIA President’s Awards were given to the Royal Automobile Club of Jordan for its photovoltaic station, Mobilité Club France for its mobisenior.fr website, and Motorsport Australia for its Racing Together initiative. The FIA President also decided to give a Special Award to the Fédération Automobile d’Ukraine for its Intensive Emergency Training for Internally Displaced Female Drivers. They will all receive up to €10,000 of financial or in-kind contribution from the FIA to support the implementation of their projects.

Presenting the trophies to the winners, FIA President Mohammed Ben Sulayem said: “I would like to congratulate the three winners of the 2022 FIA President’s Awards: the Royal Automobile Club of Jordan in the Climate Action category, Mobilité Club France in the field of Road Safety, and Motorsport Australia for Equality, Diversity and Inclusion. I would also like to pay a special tribute to the Fédération Automobile d’Ukraine for assisting the mobility needs of the local community in extraordinary circumstances. I am really happy about the engagement of our Members in the inaugural year of these Awards and I hope that even more of them will get involved in 2023.”

In the field of Climate Action, the Royal Automobile Club of Jordan was awarded for investing in a 7,000 m2 photovoltaic power plant covering most of the Club’s electricity needs and helping to reduce the load on Jordan’s electric grid. “Building our photovoltaic station was a real challenge but this investment brought immediate benefit. We are really happy to receive the FIA President’s Climate Action Award that acknowledges our achievement and encourages us to make our organisation even more sustainable,” stated Royal Automobile Club of Jordan President Walid S. Zaki.

On the Road Safety side, the FIA President’s Award was given to Mobilité Club France for mobisenior.fr, a website dedicated to the mobility of seniors, offering real support to enable them to maintain their mobility in complete safety. Mobilité Club France President Didier Bollecker declared: “Our Club is truly honoured to have been chosen for the 2022 FIA President’s Road Safety Award. It is a great recognition of our long-standing commitment to road safety, and a motivation to continue developing solutions to ensure the safe and accessible mobility of everyone in France.”

Motorsport Australia’s Racing Together won the FIA President’s Equality, Diversity and Inclusion Award. This initiative is about building a team of indigenous youths and teaching them the career and life skills they need to get jobs in the motor sport or automobile industry. “Racing Together is about opening the world of motor sport to people who previously believed they had no place in it. Receiving the FIA President’s Equality, Diversity and Inclusion Award gives us the impetus to continue pushing the boundaries of our sport,” stated Motorsport Australia President Andrew Fraser.

In addition to these three prizes, FIA President Mohammed Ben Sulayem chose to honour the Fédération Automobile d’Ukraine with a Special Award for its Intensive Emergency Training for Internally Displaced Female Drivers. Developed after the Russian invasion of Ukraine, this project aims to teach driving skills to women who are forced to leave their homes and move to safer regions of the country. Fédération Automobile d’Ukraine President Leonid Kostyuchenko declared: “We are very thankful to the FIA President for this Special Award. Every day we strive to respond to the essential mobility needs of the Ukrainian population, even in the extraordinary conditions in which we are now. And I would also like to thank our Croatian counterpart Hrvatski Autoklub for their strong support in the implementation of this extraordinary project of ours.”

The FIA congratulates the winners of the 2022 FIA President’s Awards and applauses all the other 47 FIA Member Clubs that have taken part in this inaugural year. The Awards will return in 2023 and all FIA Member Clubs are encouraged to apply and share their projects and initiatives with the FIA Community.

Organised by Emirates Environmental Group in cooperation with the Ministries of Climate Change and Environment and Community Development 6,395 volunteers participate in the “Clean UAE” campaign at its 4th station in Dubai

Benefits of Introducing Children to Futuristic Technologies in Early Years