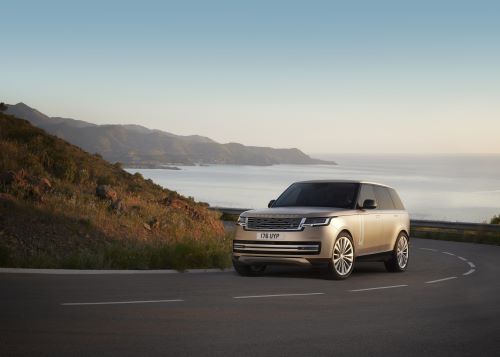 “We delivered a stronger financial performance in the second quarter as production of our new Range Rover and Range Rover Sport ramped up, improving revenue, margins and cash flow, despite continuing semiconductor constraints.

“Demand for our most profitable and desired vehicles remains strong and we expect to continue to improve our performance in the second half of the year, as new agreements with semiconductor partners take effect, enabling us to build and deliver more vehicles to our clients.”

Revenue was £5.3 billion in Q2 FY23, up 36% year-on-year from Q2 FY22 reflecting strong model mix and pricing with wholesale volumes (excluding China JV) of 75,307 up 17.6% year-on-year and 4.9% on the prior quarter. The wholesale increase was lower than planned, primarily due to a lower-than-expected supply of specialised chips from one supplier which could not be readily re-sourced in the quarter. The production ramp up of New Range Rover and New Range Rover Sport improved with 13,537 units wholesaled in the quarter, up from 5,790 in Q1 and helped mitigate this.

Profitability in the quarter improved with a positive EBIT margin of 1% compared to a negative EBIT margin a year ago.  Total PBT was a loss of £(173) million, but improved from a loss of £(302) million a year ago.  The improved margin reflects the production ramp up of new Range Rover and Range Rover Sport and improved pricing with higher wholesales. The Refocus transformation programme delivered £300 million of value in Q2 (£550 million year to date) and is on track to deliver a target of £1 billion plus improvements in the year to help mitigate the impact of inflation.

Free cash flow in the quarter was near break-even at £(15) million, even after over £(100)m of working capital outflows. Jaguar Land Rover ended the quarter with total liquidity of £5.2 billion including cash and short-term investments of £3.7 billion and the £1.5 billion undrawn revolving credit facility.

Despite the ongoing chip constraints, demand for Jaguar Land Rover products remains very strong. The total order book now stands at 205,000 units, up around 5,000 orders from 30 June 2022, with our three most profitable and desired models, the New Range Rover, New Range Rover Sport and Defender accounting for over 70% of the order book.

Jaguar Land Rover is continuing to focus on signing long-term partnership agreements with chip suppliers which is improving visibility of future chip supply.  Production and sales volumes are expected to improve with positive profit margins and cashflow expected in the second half of FY23 and cashflow is expected to be near break even for the full financial year.

Covid in India: Expat family spends over Dh200,000 to jet back to UAE