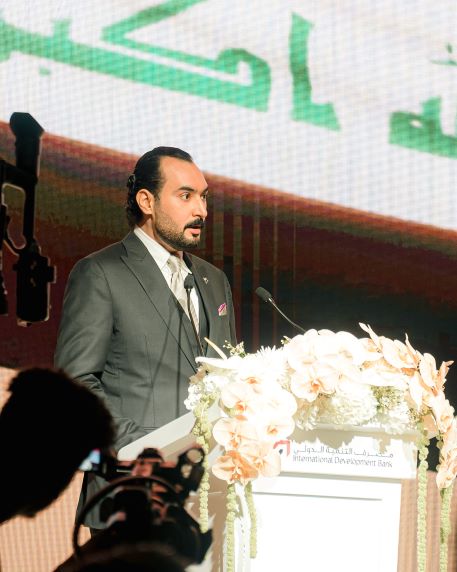 The new announcement comes in line with the ongoing cooperation between the UAE and Iraq aimed at strengthening strategic economic bonds, noting that the trade volume between the two countries has exceeded US$16 billion during the past few years, with an annual growth rate of 6%.

As a leading Iraqi bank, IDB strives to become an economic ambassador for Iraq in the region, ushering new opportunities for economic collaboration with the UAE, by enhancing economic relationships across all sectors, including energy, health, manufacturing, agriculture, services, tourism and real estate.

Attending the event was His Excellency the Governor of the Central Bank of Iraq, His Excellency the Undersecretary of the Ministry of Economy in the UAE and the Dubai Chamber of Commerce and Industry, in addition to prominent businessmen, investors, and diplomats from the Embassy of Iraq and the Iraqi Consulate in the UAE.

Commenting the announcement, IDB Chairman Doctor Ziad Khalaf said: “The UAE is Iraq’s number 1 trade partner, while Iraq comes fourth in terms of Emirati trade volume. Opening the first official IDB branch in the UAE is a milestone that will surely enhance cooperation and collaboration between Iraq and several countries in the region, starting with the UAE.”

During his opening speech at the Dubai branch’s kick-off event, Dr. Khalaf expressed his excitement to welcome a new era in the history of the bank. He also highlighted the importance of focusing on providing Emirati companies with the necessary financial support to invest and operate in Iraq to replicate the successful Emirati model, as this could have a transformational effect on the Iraqi economy and society.

Dr. Khalaf added: “Iraq has witnessed major challenges and cataclysmic economic changes in the past decade. However, we always believed in our ability to turn these challenges into promising opportunities. This mindset drives our ongoing efforts to elevate the bank’s standards and services, while adopting a strict risk management approach and consolidating our organizational structure. Today, we’re proud to see the fruit of our hard work blossoming after 10 relentless years.”

According to the World Bank, the UAE ranks among the top countries worldwide for Financial Inclusion, catering to the needs of a wide customer base through an all-encompassing portfolio of banking, financial and insurance services. The banking sector has played a major role in this privileged positioning, having enabled local and international banks to contribute to the growth and stability of the Emirati economy.

Zero-trust networking: a safe journey to a better employee experience