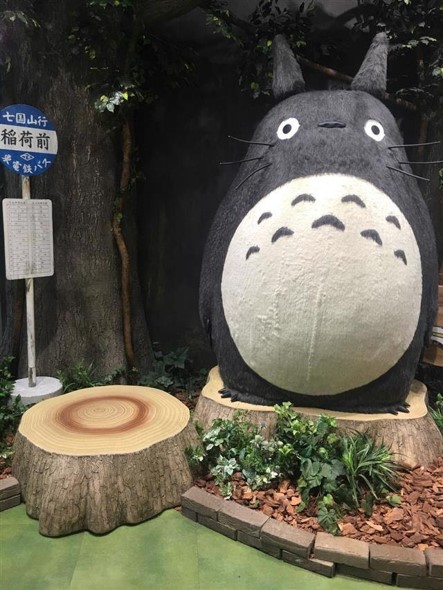 Japan’s landscapes, whether rural or urban, are no strangers to the Big Screen, having a cinematic quality to them that has inspired many movie directors over the decades. Join us on a journey through some of the most exciting filming locations across the country, from cult classics to Oscar winners. Lights, camera, action!

Putting Japanese film front and centre on the world stage this year is Director Ryusuke Hamaguchi’s Drive My Car . Picking up the 2021 Oscar for Best International Feature, as well as a handful of awards at the Cannes Film Festival including Best Screenplay, the movie is based on a short story by Haruki Murakami and, as the title suggests, there’s plenty of scenery to see based on the main characters driving around in a vintage red Saab. Much of the three-hour film is filmed around Hiroshima, and we’ve picked up some of the top spots where you can create your own epic road movie.

The protagonist of the movie, Yusuke Kafuku, an actor and theatre director, stays in the Grand Prince Hotel Hiroshima, perched on the edge of the Seto Inland Sea with expansive views of the blue waters and islands dotted with green.

And for a sense of stepping back in time, head to the historical houses of the Mitarai neighbourhood, where merchant houses, tea shops, shrines and temples meet in a blend of architectural styles dating back to the Edo period (1603-1867), all of which are worth preserving in film, whether it’s a feature film or your own Instagram.

Think of Japanese cinema, and the first thing that springs to mind for many is Studio Ghibli and its iconic animation movies. Inspired by the incredible landscapes of Japan, Studio Ghibli’s movies immerse the viewer in fantastical worlds, at once a combination of dreamscapes and views of real-life Japanese scenery, often with underlying messages focusing on the importance of protecting the natural environment.

One of the studio’s most famous films, and one that has endured in popularity since its release in 1988, is Tonari no Totoro, known as My Neighbour Totoro in English. And in Aichi Prefecture, you can visit a life-sized recreation of the house belonging to the Kusakabe family in the movie, and two of the main characters, sisters Satsuki and Mei, the children who encounter the magical Totoro.

Originally launched as part of the Aichi World Expo back in 2005, it’s now a centrepiece of the Expo Memorial Park, located around 40 minutes from downtown Nagoya and accessible by an exciting Maglev train.

And coming on November 1, 2022 is another treat for Ghibli fans, with the opening of the new Ghibli Park, also in the Expo Memorial Park, that will immerse fans into some of their favaourite movies.

For a glimpse at more of the wonders of Aichi Prefecture, take a look at this video, produced by Studio Ghibli and highlighting some of the things that make Aichi such a special place, ending at Satsuki and Mei’s house.

Another popular Japanese animation movie, when Your Name hit the screens in 2016 it received high acclaim from around the world, picking up awards and recognitions as far afield as Los Angeles and Spain.

An animated romantic fantasy film, the plot follows to high school students who begin to swap bodies and find themselves living each other’s lives, before switching back again. While writer and director Makoto Shinkai was inspired by a visit to Miyagi Prefecture in July 2011 after the Great East Japan Earthquake, much of the film’s locations are based on places in Gifu Prefecture, Nagano Prefecture, and Tokyo, a city he professes has always fascinated him.

The true-to-life representation of many scenes in the movie mean that it’s easy to explore the real-life places that inspired them. In Tokyo, the urban scenes and skyscrapers of Shinjuku loom large, and the architectural combination of old and new at Tokyo station is faithfully rendered into animation.

And while it may be the scene of tragedy, one of the real stars of the movie is Lake Suwa in Nagano Prefecture. Not only famous for its appearance in the film, the lake has also been a scenic point and drawn in paintings by various artists.

Celebrating its 20th anniversary next year, Sofia Coppola’s Lost in Translation, starring Bill Murray and Scarlett Johansson, opened up scenes of Tokyo to a new generation of international movie-goers, creating a cult following, with many fans making the pilgrimage to the hotel to see where much of the story unfolded.

Located among the skyscrapers of Shinjuku, on the 39th to the 52nd floors of the Shinjuku Park Tower, the hotel may have a bit of a 1990s aesthetic, but that’s part of its charm, and even now, 28 years after first opening, it’s consistently considered one of the best hotels in the city.

Fans of Lost in Translation will want to head to the New York Grill on the 52nd floor to relive key scenes from the movie. The hotel’s iconic jazz bar became an instant icon thanks to the starring role it played in the film. Go during the daytime for spectacularly cinematic views over the city, or come at night to reminisce on the scene from the film where Bob and Charlotte, Murray and Johansson’s characters, meet for the first time.

Whether coming for a meal or making it your home in the capital, it’s sure to strike nostalgia into the hearts of fans of this cult classic movie.