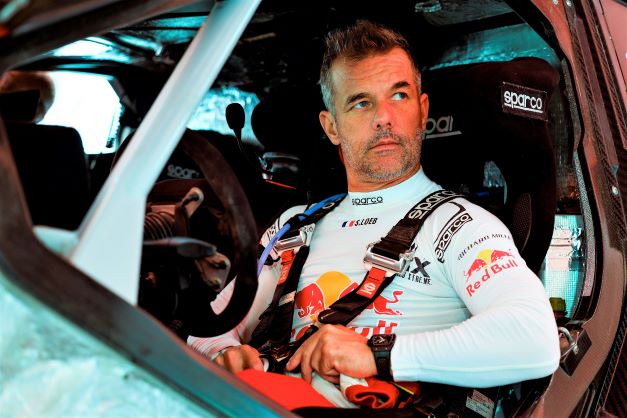 Loeb and co-driver Fabian Lurquin head into the final round of the championship in their BRX Prodrive Hunter needing to wipe out a 22-point advantage held by Qatar’s Nasser Al Attiyah in the drivers’ title race.

The French pair carry plenty of momentum with them, having recorded a superb final stage factory at the penultimate round in Morocco earlier this month, following the steering issue which cost them the championship lead 24 hours earlier.

Stage wins in Andalucia could ultimately prove decisive, as they carry extra bonus points. Added to the uncertainty of rally raids, which run over difficult terrain and present stern navigational challenges, this means the title race may still produce a tense finish.

The stages in Spain will suit nine-time World Rally Champion Loeb, as they are similar to those in last year’s Baja Aragon where he led before a small technical problem denied him a certain victory.

“We saw in Morocco that we were on the pace, so I hope to be competitive in Andalucia,” said Loeb. “For the championship, we are aiming for the perfect result, and to get the maximum points available. Our goal is to manage our rally as best as possible.

“It will be different from what we’ve had in the more open nature of cross-country, with many tracks that should suit my driving. So I hope to be performing well there, with the target to win the rally.”

Loeb’s input has been crucial in the development of the world’s first all-terrain hypercar, based on the Hunter rally car, which will be unveiled for prospective buyers in Dubai next month. The car is being built in limited numbers to the individual specifications of select super car enthusiasts.

After his historic victory in Morocco, the first for the Prodrive Hunter, Guerlain Chicherit returns to action in partnership with fellow-Frenchman Alex Winocq looking to complete back-to-back wins.

It was in testing, only two weeks before the start in Agadir, that Chicherit drove his GCK Motorsport Prodrive Hunter for the first time, but his confidence and liking for the car grew with each day.

“Andalucia should be a completely different event to Morocco, but we are well prepared for it,” said Gus Beteli, the BRX Team Principal.

“We have a shot at the drivers and manufacturers championships, and we’re focussed to get as many points as possible after the speed we had in Morocco.

“It’s great to have the GCK Motorsport crew back with us after their brilliant win, so I hope we can have such a strong result as we did last time around.”

UAE University published 1,708 research papers by the end of the third quarter of 2022