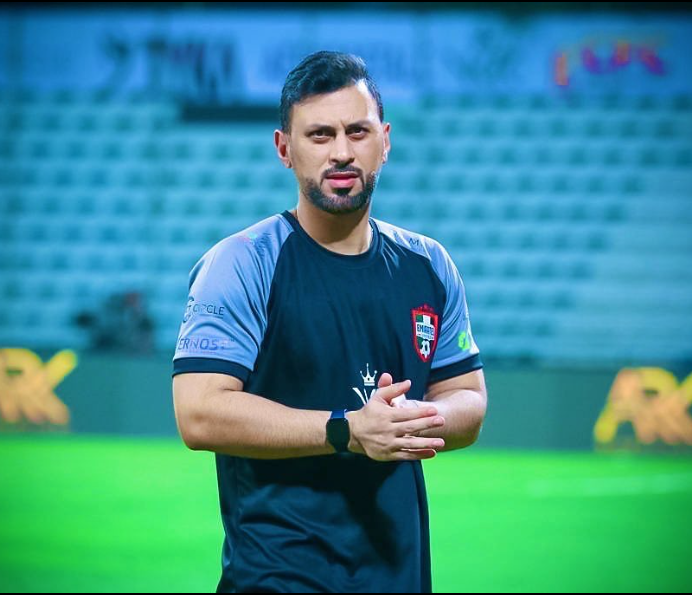 There is no tactic or strategy in the books of Football that Mahdi Yaqoob is not aware of. A solid player on the Emirates United football team was Mahdi Yaqoob, who is a football coach by profession. Coaching and playing for a team that is meeting for the first time on the pitch was a challenge he had never faced before but managed to guide the Emirates United side to a convincing 3-0 victory over the Indian All-Stars Football Team (ASFC).

Mahdi has been part of the UAE u20 League champions in the year 2005 and 2006, and has been a coach leading the men’s U16 Dubai spots council team to a staggering success!

MENews24/7 caught up with Mahdi Yaqoob to understand the team strategy and his experience of playing against ASFC!

It was an honor to be a part of such an incredible event. Football is my stress reliever, therefore I’m always up for a friendly game. Both sides displayed outstanding sportsmanship throughout the evening, and it’s an evening that will definitely make me smile for years to come.

My favorite part was that it was played entirely for the benefit of humanity, with all money going to a worthwhile cause. It gives me great pleasure to know that I have contributed in a meaningful way towards society.

Which ASFC celebrity were you most excited to see and interact with on and off the pitch?

I was really looking forward to seeing Abhishek Bachchan and Ranbir Kapoor. They are champions both on and off the field. It was a lot of fun playing with them; they have a lot of charisma and a unique charm of making you feel comfortable around them.

Without the tactics outlined and the coach’s instructions, Emirates United would not be a superstar squad. Our coach has a keen eye for deciphering our opponents’ strategies and devising a winning strategy.

I would strongly suggest making this an annual event; it has a wonderful way of bringing communities together and helps the society in a meaningful way.

Fadi El Khatib interview: Playing against All Stars Football Club for charity was epic and memorable

Recipe: Whip up a chicken salad with a kick

Korda wins Tournament of Champions in Florida after play-off