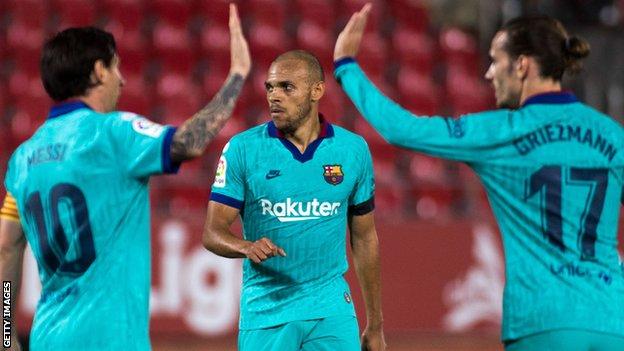 Barcelona scored 66 seconds into their return to action as Lionel Messi completed a comfortable 4-0 win at Mallorca in La Liga.

Arturo Vidal headed the opener and former Middlesbrough striker Martin Braithwaite added his first for the club before the break.

Luis Suarez came off the bench to make his first appearance since early January and Jordi Alba made it 3-0. Lionel Messi scored his 20th league goal of the season late on. Barca are now…

Pogba ‘unhappy’ and ‘has to leave’ – agent

IPL suspended after rise in Covid-19 cases among players