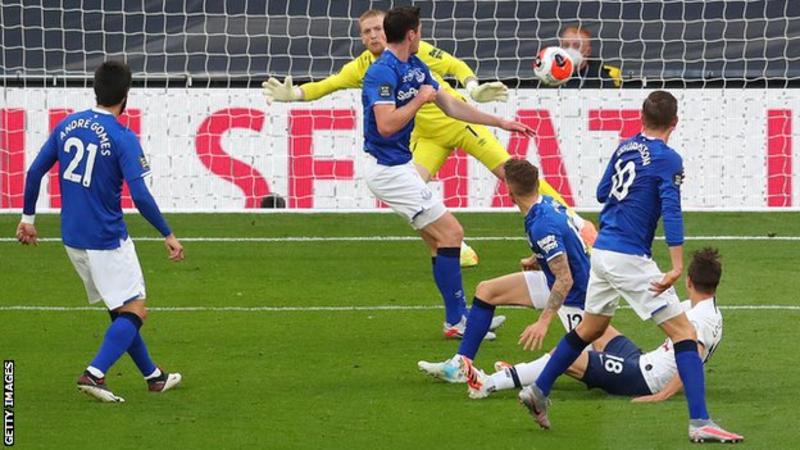 Manager Jose Mourinho brought up his 200th Premier League victory as Tottenham edged past Everton – though home players Hugo Lloris and Son Heung-min had to be separated by team-mates during the match.

A tepid contest threatened to boil over as the teams left the pitch at half-time when Spurs skipper Lloris ran over and shoved Son in the back.