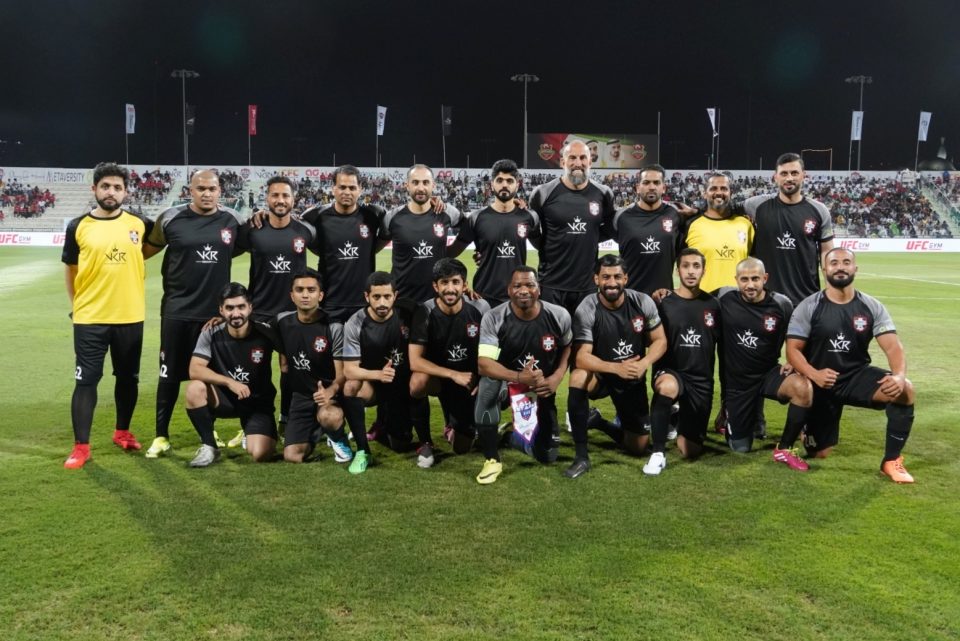 A holder of multiple hats, Nitin Menon is quite the expert when it comes to juggling his time between being the Executive Director for Dadabhai Travels, and playing a full-fledged match for charity.

A huge fitness enthusiast, Nitin has strong sense of precision and timing. He had the first assist of the Emirates United goals against the All-Stars Football Club (ASFC).

MENews247 caught up with this fitness buff to learn about his winning strategies and to celebrate his best moments with him.

I had a great experience both on and off the field. We created so much fun in the locker room and while competing against ASFC, it’s a memory that I’ll definitely cherish for  a very long time.

The ease with which the teams bonded while playing was simply amazing, despite the fact that we had never met before! We officially met on the day of the match, and the team clicked immediately.

Apart from that, the organizers’ meticulous attention to even the tiniest aspects was truly remarkable!

Which ASFC celebrity were you most excited to see and interact with on and off the pitch?

I was ecstatic to finally meet Leander Paes! In the tennis world, he is regarded as a legend. I had a blast playing against him on the field; we had an incredible bond while playing, and it was nice talking with him.

On the field, there were some really big names, but we bonded fast and despite never having played together before, we had instant chemistry and rhythm. Everyone was respectful when we arrived on the pitch, and the team was in excellent sync! It was quite magical how well the team communicated with one another, and this was important in our victory.

With the first edition’s success, I’m hopeful it will become an annual event, and I’d love to be a part of all the upcoming editions.

The event was very professional, and kudos to AG Events and Ayush Gupta for doing an amazing job in getting all of the participants on the field and organizing the match.

Alert: This mobile banking malware can steal money from your phone