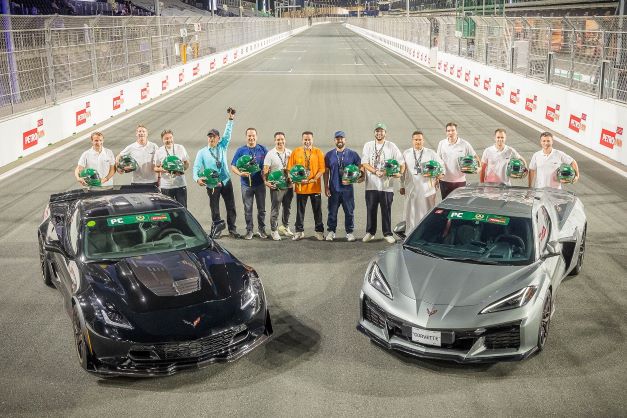 The exhilarating championship culminated with a series of night races at the world-renowned Jeddah Corniche Circuit (JCC) and marks the first official international touring car race to ever take place in the Kingdom of Saudi Arabia.

SMC, the promoter of the event, has devised a shortened homologated FIA Grade 3 track within the existing Jeddah Corniche Circuit complex for the thrilling racing action. The exciting, alternative 3.45-kilometre track is a shortened variant of the main track that has been home to the Formula 1 stc Saudi Arabian Grand Prix since 2021. With 12 corners and a shortcut, beginning at Turn 4, the new layout has been tailor-made for bumper-to-bumper, doorhandle-to-doorhandle racing whilst underlining the Jeddah Corniche Circuit’s status as the world’s fastest street circuit.

The WTCR racing action wasn’t the only activity on the track, however. Fans got to experience the Saudi Supercar Club (SSC) during the weekend, both on track and up-close during pit lane walks. SSC is one of the most exclusive car clubs in the Kingdom of Saudi Arabia, which allows members to share their passion for motorsport and enjoy once in a lifetime driving experiences in some of the world’s most incredible cars. From Formula 1 to WTCR, the SSC is an integral part of the support race programme for all motorsport activity held at its home, the Jeddah Corniche Circuit.

The addition of WTCR to a now burgeoning motorsport roster at the Jeddah Corniche Circuit, continues to support the wider vision within the Kingdom of becoming a global motorsport destination.

Commenting on the WTCR’s upcoming, memorable racing weekend, Kalyana Sivagnanam, Group CEO, Petromin Corporation, said, “Within a year of its opening, the Jeddah Corniche Circuit has compiled a busy calendar of high-profile international racing events for the enjoyment of spectators across the Kingdom, MENA and globally. The WTCR is yet another case in point and a testimony to the circuit’s global status and its ability to host the best motor racing talent and events in the world.

“As the Official Partner of the Saudi Motorsports Company and Title Naming Rights Partner of the Saudi Supercar Club, Petromin is thrilled for the activities as well as the racing opportunities for the drivers. The event definitely set another memorable marker in the Kingdom’s motor racing reputation.”

Petromin became an Official Partner of the SMC in 2021, and, as part of its multi-year collaboration, also owns the Title Naming Rights of the SSC.

In addition to leading exclusive experiential opportunities for brand awareness, the partnership puts Petromin in the driver’s seat to ensure that its automotive competencies and introduction of cutting-edge e-mobility solutions will resonate across Saudi Arabia, the MENA region, and globally, to position the brand ahead of its competitors.

Remote work trend could lead to pay equality among US workers, Upwork says