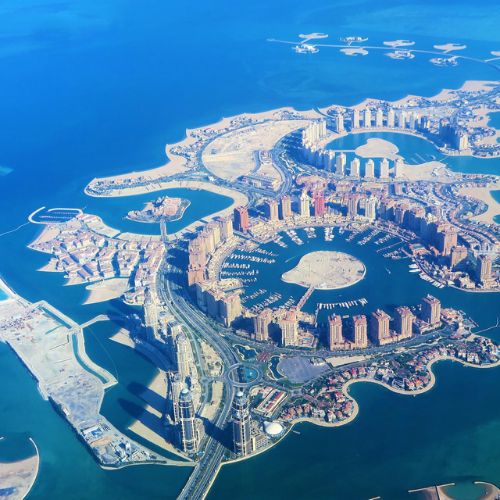 Like other countries across the globe, Qatar is making moves to strengthen its blockchain adoption. Last week, the Qatar Communications Regulatory Authority (CRA) launched a consultation to get public opinions and contributions to its National Blockchain Blueprint. The government launched the public consultation after it released a consultation paper. The CRA developed this paper alongside two universities in Qatar; the Qatar University and the Hamad bin Khalifa University.

Qatar is developing the National Blockchain Blueprint following the Qatar National Vision of 2030. According to the CRA, the Blueprint contains plans on how Qatar can utilize blockchain technology to boost its technology sector and increase investment in the Qatari economy. The public consultation seeks to encourage Qatari stakeholders to review the Blueprint and provide feedback to the Authority. The deadline to provide this feedback is slated for September 15, 2022.

More importantly, the Blueprint highlights that the primary target is to create a “Smart Qatar” where technological innovations are widespread. The policy also charts a roadmap for how to achieve this goal of a smart Qatar. Many action plans are directed at supporting startups, strengthening laws in the regulatory framework, and using the educational system to create a culture of innovation in the country.

The policy also mentions that while countries like Germany have adopted a clear blockchain strategy, Qatar stands to benefit significantly from launching its blockchain drive. The Qatari government has continuously emphasized that while Qatar is a small country, blockchain technology could potentially position Qatar as a strategic location for innovative activities. The government is convinced that this will help boost Qatar’s economy and attract much-needed investment.

Conclusively, the Blueprint provides recommendations for Qatar to navigate its blockchain drive effectively. These recommendations include training programs to boost blockchain awareness, developing special funding programs for blockchain startups, and engaging public and private stakeholders on blockchain regulations. According to the blueprint, the blockchain opportunities that exist for Qatar include fintech, energy, and smart cities.

This public consultation will mark the beginning of Qatar’s innovation drive. According to the Communications Regulatory Authority, the insights from the consultation will provide headway on how Qatar can kickstart its involvement in blockchain technology.