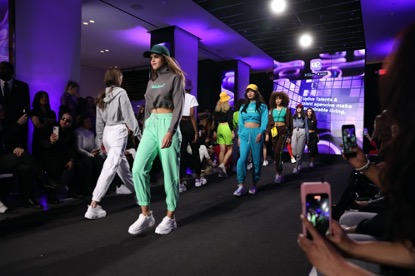 The regional content creator economy is rapidly gaining momentum and is largely expected to join the ranks of other mainstream careers, driven by an upsurge of new-age digital tools and platforms that are providing creators with a wide range of opportunities to develop well-paying careers in content creation.

The Middle East and North Africa (MENA) region has particularly experienced an unprecedented explosion of digital content creators signaling a steady shift in how people in the region are consuming content. This, according to Asia Innovations Group (AIG), the creator of the largest independent global video social entertainment platform Uplive, is increasingly paving the way for a new segment of the gig economy, further strengthening the digital ecosystem.

“Apart from providing a more interactive and immersive way to engage with their audiences, content creators, especially in the MENA region, are now making a decent living through digital tools and platforms. Our social entertainment platform Uplive, for instance, is at the forefront of helping content creators in the region grow their fanbase, transform their talents into real business while at the same time entertaining their followers in a safe digital environment,” said Andy Tian, co-founder and CEO, AIG.

By 2021, there were over ​​50 million content creators, curators, social media influencers, bloggers, and videographers globally that used digital platforms to monetize their content. This growing trend has enabled the creator economy to be valued at a staggering US$104.2 billion and is widely expected to rise significantly over the next few years.

Regionally, the UAE is home to over nine million residents with 98.98 percent of them being active on social media accounting for over 9.52 million social media accounts. This, according to Andy, demonstrates an expansive market for digital content creators, specifically in the social entertainment category.

Video streaming has also rapidly emerged as the preferred content format for most creators largely due to its growing popularity, especially among millennials. As video content consumption continues to surge upwards, video social entertainment platforms such as Uplive are positioning themselves as strategic partners that are helping video content creators to gain recognition and much-needed income, particularly in emerging markets.

“Uplive’s worldwide events, for instance, are making the global and regional creator economy more accessible and rewarding for users. This unique platform is enabling creators from emerging markets to gain access to larger international audiences from their mobile phones. Uplive’s commitment to empowering creators spans industries. Beyond the music industry, Uplive is also boosting the careers of young designers through partnerships with fashion events around the world, including New York Fashion Week, MTV Fashion Week, and a famous fashion show in Tokyo,” noted Andy.

In partnership with award-winning American superstar Paula Abdul, Uplive recently hosted its second WorldStage Online Singing Competition. Formerly known as Singing for the World, Uplive WorldStage empowers musicians and performers through a one-of-a-kind worldwide competition that only requires a smartphone to compete. At the end of the month-long contest, Paula Abdul crowns the overall winner and the “People’s Choice” winner. Both champions receive cash prizes and the opportunity to record original songs with Grammy award-winning producers, jumpstarting their creative careers.

In addition to their efforts in the fashion and music industries, Uplive is also the co-host of the first-ever reality TV show – Livestreaming King – a Hong Kong-based show on Viu TV that follows creators as they grow their audience and compete for the top prizes.

Uplive, which was recently awarded the prestigious brand appreciation award from leading Middle East-based media group Rotana for its innovative approach to social entertainment industry-leading innovation and a strong commitment to culturally-appropriate content, is keen on ensuring local creators in the UAE and surrounding markets turn their passion into an income stream.

By enabling localized content for regional video content creators, Uplive is also nurturing and exposing the local Arab youth talent to other meaningful career paths. This, according to Andy, is in recognition of the region’s rich culture and growing appetite for multi-cultural content, which also presents a ready market for many content creators.

How to prepare for warmer months ahead with LG’s DUALCOOL