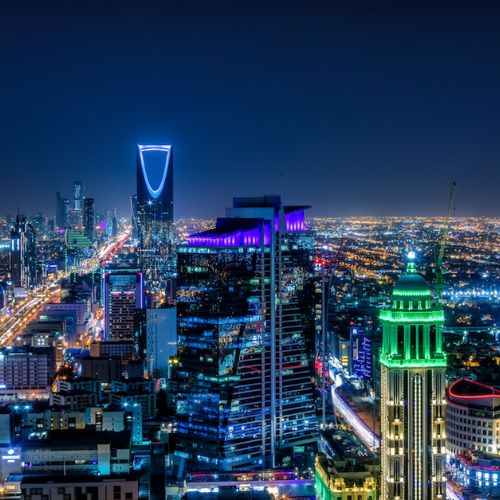 Saudi Arabia – with a 7.5% Potential Growth in 2022, is set to become an Economic Powerhouse as Reports Claim :

Saudi Arabia – with a 7.5% Potential Growth in 2022, is set to become an Economic Powerhouse as Reports Claim

Saudi Arabia is well on its way to becoming the world’s fastest-growing economy with a projected GDP rate of 7.5%, the country’s highest since 2011. This growth has been remarked as the dividends of implementing strategic policies and future-oriented economic decisions.

What are the Specifics of Saudi Arabia’s Growth Rate?

Beating top countries like South Korea, Indonesia, and China, Saudi Arabia has taken to the fore recently in economic growth. The government is expected to have achieved a 7.5% economic growth rate in 2022. This growth is unprecedented and unexpected, given that Saudi Arabia was one of the countries that struggled with recession due to the economic restrictive lockdown measures that were instituted during the pandemic.

The country is currently one of the 20 largest economies worldwide, although the projected growth rate is expected to slow down to 5% in 2023 and 3% in 2024. This growth is particularly accentuated by the high rise in oil prices, the quelling of the Covid-19 pandemic within the country’s borders, and intentional investment in technology, tourism, and other non-energy sectors. Saudi Arabia’s tightened monetary policies have also helped to lower consumer inflation since the beginning of 2022, and this is projected to continue in 2023. Likewise, the country’s balance, which weighed in at $44 billion in 2021, is to witness a spike to $163 billion.

The IMF consultation report has stated that liquidity and fiscal support, high rise in oil prices and production, the reforms carried out under the flag of Vision 2030, and the country’s contained inflation have helped Saudi Arabia build a resilient financial economy.

Saudi Arabia did not just record a 7.5% economic growth overnight. The country has been tirelessly working to implement strategies and policies to help its economy rebound after the post-pandemic recession.

For one, Saudi Arabia can boast of policies in the form of business and travel reforms to mitigate the cost of doing business and encourage foreign direct investment. Nonetheless, the country’s strategic approach is unsurprising as it is in tandem with the Vision 2023 Strategy for development. Sectors such as tourism, transport, energy, production, and manufacturing do not seem to have any end in promoting economic growth, especially with the assistance of the private sectors.

Saudi Arabia’s performance is also tinged with a stroke of luck, as the rising energy prices have brought in several dividends for the country. However, the government aims to ride the momentum to build other forms of energy and reduce its reliance on fossil energy.

Saudi Arabia has remained a beacon of light in terms of economic growth. Its present growth is a statement to other countries that it is possible to rebound from the pandemic and recession brought on by it. One can only hope that Saudi Arabia maintains its momentum and look into alternative revenues like taxation.

The UAE has Successfully Delivered the First Green Hydrogen to Germany