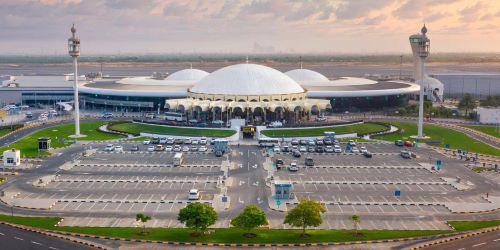 Last year, the Sharjah Airport served over 7 million passengers with more than 57 thousand aircraft movements, with an approximate number of 1.2 million passengers recorded in December, which is consistent with the pre-pandemic levels. The numbers are indicative of recovery efforts and a promising travel season ahead amidst the highest precautionary measures and increased passenger confidence in the market.

HE Ali Salim Al Midfa, Chairman of Sharjah Airport Authority, said: “Despite various challenges, Sharjah Airport achieved numerous achievements in 2021, reinforcing its position in the global aviation industry. These achievements can be attributed to the vision of His Highness Sheikh Dr Sultan bin Muhammad Al Qasimi, Supreme Council Member and Ruler of Sharjah, and the guidance of His Highness Sheikh Sultan bin Mohammad bin Sultan Al Qasimi, the Crown Prince and Deputy Ruler of Sharjah, and Chairman of the Executive Council, that have shaped it to become one of the best regional airports.”

“The airport has a high degree of flexibility with regard to applying new travel requirements to enhance safety of passengers and staff, while continuing to expand and develop a proactive strategy based on innovative solutions, sophisticated infrastructure, and young talents,” His Excellency added.

For his part, His Excellency Sheikh Faisal Bin Saoud Al Qassimi, Director of Sharjah Airport Authority, said: “The year 2021 was exceptional, as we managed to enhance travel flow and passenger comfort, and continue to work on development and modernization projects, as well as prepare for the overall recovery from the effects of the Covid-19 pandemic.

His Excellency noted: ” The aviation sector is one of the most advanced and robust sectors in the UAE, serving as a central nerve in increasing business activities in travel and tourism. In this regard, Sharjah Airport plays a key role in boosting the overall growth of the economy and thereby promote national development. We continue to enhance our infrastructure and services which serve as a model in terms of quality, safety and operational efficiency standards, capable of accommodating large number of passengers and cargo.”

In 2021, Sharjah Airport successfully renewed the ACI’s Airport Health Accreditation (AHA) for the second consecutive year, becoming the first in the country and the seventh in the Middle East to reach this milestone. It was also awarded a Gold Accreditation as a friendly entity for people with mobility disabilities from the World Federation for the Handicapped, becoming the fourth airport in the world to receive this certificate, in recognition of its role and excellence in managing and providing facilities for people with mobility disabilities.

The airport also received the ‘Gold Award’ for Best Corporate Website from the Global Excellence (GX) Awards. In addition, the Sharjah Airport Authority was able to renew the ISO Certificate (ISO 27001:2013) for the Global Information Security Management System for the next three years (January 2021 to January 2024) and won the award for Best Electronic Awareness Plan in Information Security for 2021, at the Cybersecurity and Innovation events held in Dubai, as well as the Sharjah Excellence Award 2020 – 2021, for Sharjah Corporate Social Responsibility (CSR).

Sharjah Airport Authority has launched many new solutions and services with the aim of providing travelers an integrated smart environment. The Airport now provides Self Service Travel, where travelers can complete check-in procedures and drop baggage on their own, ultimately reducing passenger waiting time during rush hours.

The Airport has also employed the use of smart Internet of Things (IoT) technologies. A Passenger Flow and Queue Management system has been implemented to enhance the efficiency of operational procedures across check-in areas, security checks, and passport control, this allows for direct monitoring of the procedures and services provided and contributes to managing airport resources and increases its capacity. An Automated Boarding Pass Verification system has also been implemented to verify all types of boarding passes to help enhance security levels and speed up passenger procedures.

2021 also saw the opening of a new branch of the Sharjah Airport Travel Agency (SATA) in Dubai, to help meet with the growing demand for services from both individuals and companies. The agency has also signed a travel agent agreement with Pakistan International Airlines, allowing it to provide tickets sales services through the airline.

The ongoing comprehensive expansion project aims to raise the airport’s capacity to 20 million passengers, with an estimated total area of more than 120,000 square meters. This project would cost up to AED1.9 billion and includes a complete expansion of the passenger terminal to increase capacity and ensure smooth movement through the airport. This upgrade will further help the Airport to meet customer’s expectations of an exceptional journey through Sharjah Airport.

During the past year, Sharjah Airport has witnessed many achievements, including the construction of the new MoGas fuel station and the sewage treatment plant which began operating in 2021. Sharjah Electricity, Water and Gas Authority also launched a substation at the airport with a capacity of 33 kV.

Sharjah Airport Authority has been promoting various innovations to further develop airport mechanisms. These strategic initiatives have promoted the broad integration of innovations within the various operations of the airport, raising the quality of service for travelers and has ensured a safe and comfortable travel experience. This has considerably increased passenger satisfaction and confidence in the Sharjah Airport as one of the leading regional airports in terms of customer service.

The past year has witnessed a series of initiatives to inculcate a culture of innovation among the staff such as innovation dialogues, innovation flashes, and the innovation oasis.

This award was launched to highlight the talents and competencies of employees to promote a culture of excellence and institutional leadership. During the ceremony, 10 winners from various departments and sections were honored for their roles. There was also the award categories of distinguished management and the best outstanding service. A special honors category was also included, where six employees were selected.

The Authority has also launched the Sharjah Airport Sonic Branding to add a new dimension to its identity through the use of sound. The sonic branding is inspired by the movement and sounds of the airport and is part of the authority’s strategy to adopt new standards of innovation.

These initiatives reflect the leadership of Sharjah Airport and the civil aviation sector in the UAE.  It further highlights the distinguished position of the emirate as a preferred destination for tourism, culture, and business. The past year was part of an ongoing commitment by Sharjah Airport Authority to provide the best services and the highest standards of safety for all travelers.