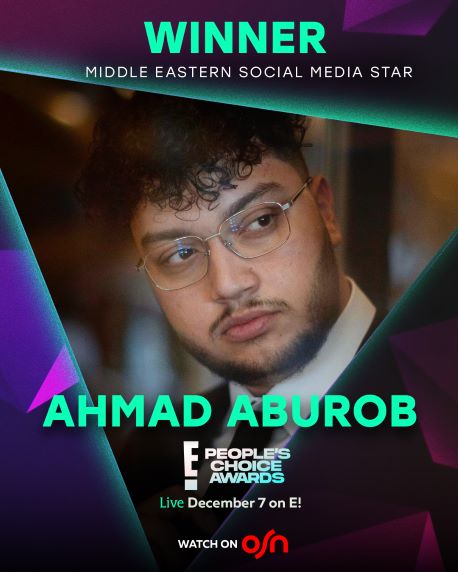 Born in Dubai, United Arab Emirates, and raised in Amman, Jordan, 25-year-old Ahmad began his YouTube career back in 2018 and has since amassed over 15 million followers across his social media channels, becoming one of the most popular content creators and social media personalities in the region. With more than 500 videos across his channels, Ahmad is well-known for his diverse and comedic content, which is tailored well for people of all ages to enjoy.

On receiving his award, Ahmad said: “This is the very first time in my entire life that I have won something, and for it to be an award that is as prestigious and global as the People’s Choice Awards is truly an honour. This wouldn’t have been possible without my amazing followers, and my friends who kept pushing for me. I thank each and every one of you from the bottom of my heart.”