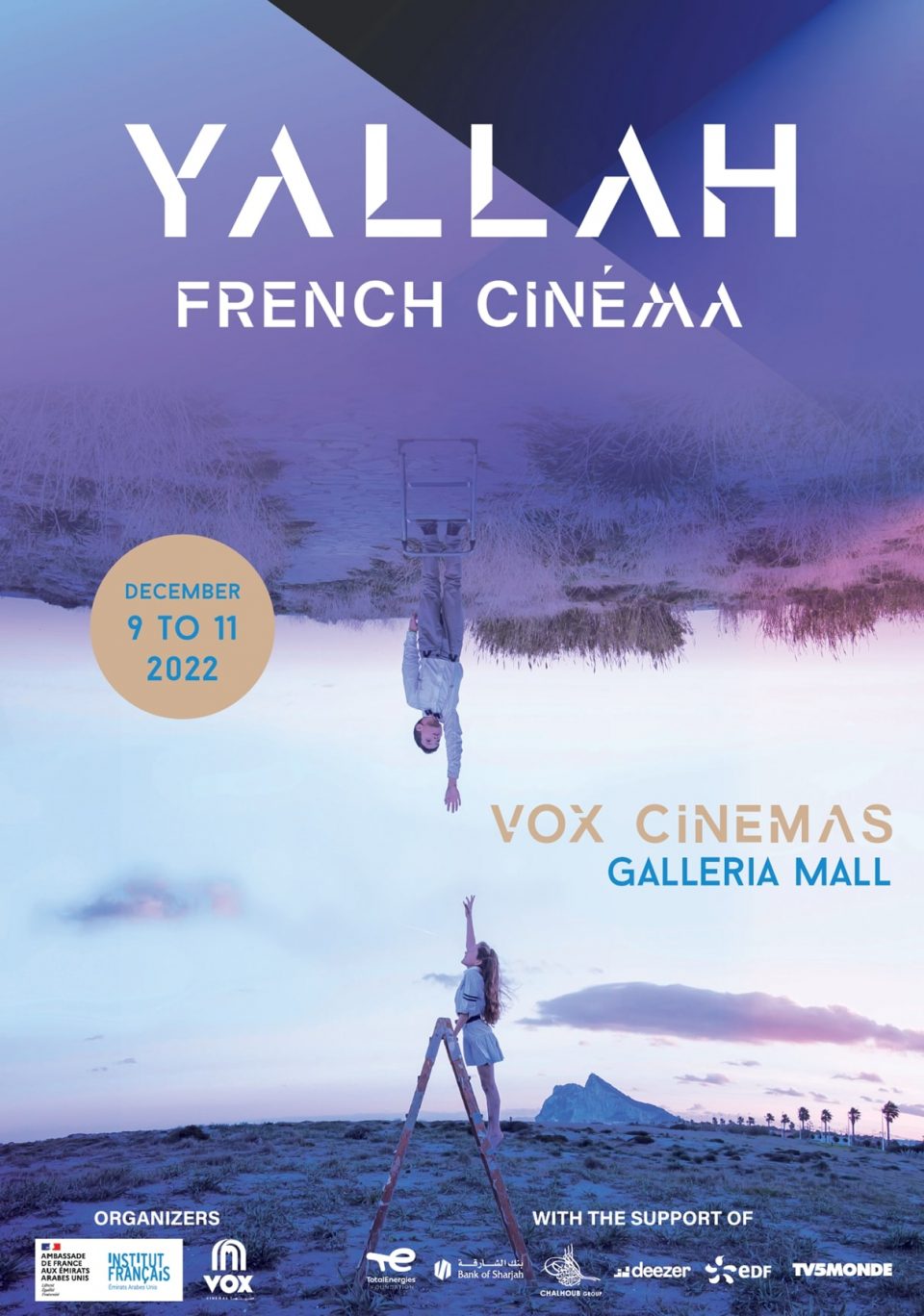 Abu Dhabi, UAE: The Institut Français in the United Arab Emirates and Vox Cinemas unveil the launch of the first edition of the Yallah French Cinema Festival at 8 pm on the 9th of December 2022, at VOX Cinema – The Galleria – Al Maryah Island. With a program and theme centered on music, it will leave audiences in awe and delight.

The festival will run until the 11th of December with ticket rates that range from AED 45 to AED 55 only, to be purchased online. The festival aims to celebrate the significance of cinema, the French language, and creativity. The festival spotlights regional premieres in all genres and for all audiences, including drama, comedy, documentaries, and animated films. It will begin with the film Divertimento by Marie-Castille Mention-Schaar and include in its program Ténor by Claude Zidy, Ernest and in Winter by Julien Cheng and Jean-Christophe Roger, Indes Galantes by Philippe Béziat and Salam by Houda Benyamina, which all have English subtitles for audiences’ better appreciation.

With music as the subject of the narrative, this first edition targets celebrating diversity. Music is symbolic significance, the ability to kindle emotions, and a universal language that bridges cultures and generations. It is also pertinent as it is one of the pillars of cultural cooperation between France and the United Arab Emirates, complimenting their ambitious national public policies. This was recently evident in Abu Dhabi being awarded the UNESCO label “Creative City of Music”.

Paving the way for the festival, there will be a series of remarkable professional meetings at the Park Hyatt Abu Dhabi starting on the 7th of December. The purpose of these meetings is to build and strengthen contacts, encourage projects between French and Emirati film professionals, and support young talents on the local scene. Esteemed French actors and other sectors in the festival, including the French National Film and Moving Image Centre (Centre national du cinéma et de l’image; CNC), SériesMania, and the short film festival of Clermont-Ferrand will also participate in these meetings.

Hugo Henry-Ceylan, Cultural Counselor of the French Embassy and Director of the Institut Français in the United Arab Emirates, said: “We are proud to launch this new festival, with a magnificent program for all audiences.  This first edition also opens new opportunities for professional directors and actors of the UAE and regional scene, who will have the opportunity to meet and imagine projects with the biggest festivals and institutions of the French film sector.”

The time of the programs is subject to change, you may visit www.uae.voxcinemas.com for updates.

Vaccines and baby formula: 10 key inventions made possible because of space exploration