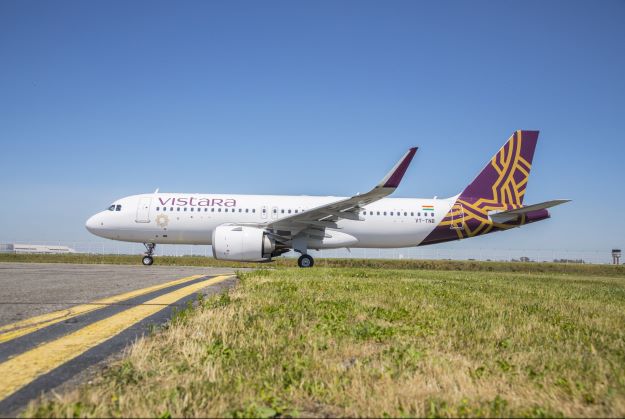 Vistara, India’s finest full-service carrier and a joint venture of Tata group and Singapore Airlines, today inaugurates non-stop, daily flights between Mumbai (India) and Abu Dhabi (UAE). The inaugural flight will depart from Mumbai at 1910 Hours (IST) and arrive in Abu Dhabi at 2040 Hours (GST), making Vistara the first-ever carrier to offer the choice of Premium Economy class on the route, in addition to Business and Economy class.

Commenting on the start of the new international route, Mr. Vinod Kannan, Chief Executive Officer, Vistara, said, “We have been steadily strengthening our presence in the UAE and the rest of the Gulf region, and are excited to add Abu Dhabi to our growing international network. UAE’s flourishing business, trade, and tourism make Abu Dhabi a perfect fit in our network. We are confident that travellers will appreciate the choice of flying India and South Asia’s best airline on this route.“

Vistara will accept all eligible customers meeting visa/entry requirements in both countries, as specified by the respective government bodies. Vistara strongly encourages its customers to fully understand these guidelines before making their bookings.

SOLID START FOR LOEB IN MOROCCO

Finbots.AI Raises USD 3 Million from Accel in Series A Round