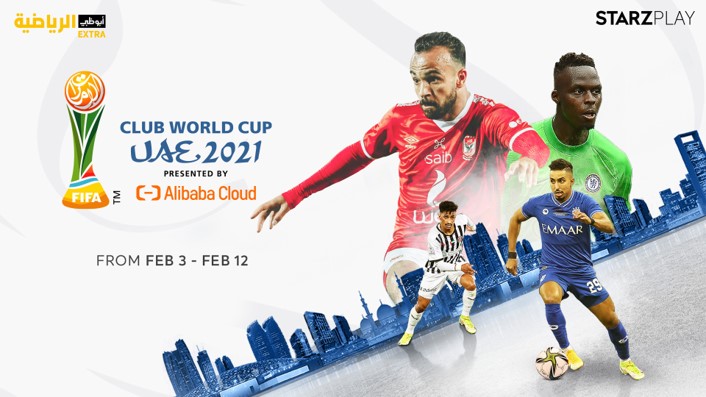 Hosted in Abu Dhabi from February 3 to 12, the winners of the six continental confederations, as well as the host nation’s league champions, will face-off to determine the 2021 FIFA Club World Cup champion. Last year, Bayern Munich won the cup, but will not be defending their title this year as they were eliminated during the 2020-21 UEFA Champions League quarterfinals.

Danny Bates, Chief Commercial Officer at STARZPLAY said: “Recently we’ve witnessed a hike in the demand for live sports in the MENA region, so it is a top priority for us to strengthen our capabilities in this genre. A testament to the growing demand for live sports, over the last year we have recorded a staggering growth in subscribers on our platform. We look forward to offering our audience more exciting live sports entertainment, such as the 2021 FIFA Club World Cup, through our partnership with Abu Dhabi Media.”

The seven teams going against each other this year are Al Jazira from the UAE, Palmeiras from Brazil, Chelsea from the UK, Al Hilal from Saudi Arabia, Al Ahly from Egypt, Monterrey from Mexico, and AS Pirae from Tahiti.

Football lovers in the UAE, Egypt and Kuwait can enjoy the live the games on STARZPLAY via the AD Sports Extra add on channel. Abu Dhabi Sports is broadcasting all the matches live.

MC Edition: the new special series to celebrate racing as the beating heart of Maserati