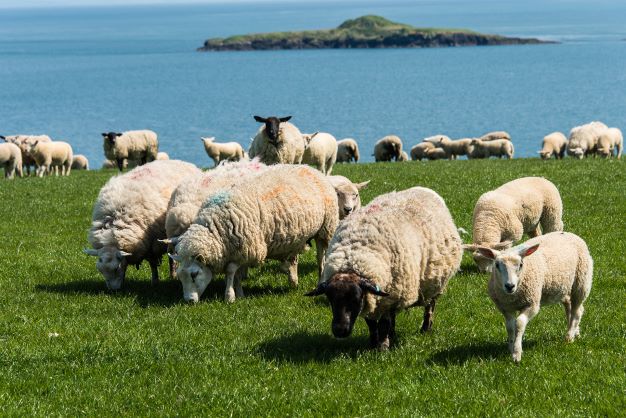 Dubai, December 2022: As 2022 draws to a close, Meat Promotion Wales (HCC) is celebrating a successful year of exports of PGI Welsh Lamb to the Middle East. Focusing largely on providing meat products to the hotel and restaurant sector via distribution at Classic Fine Foods and direct wholesale, market value in the UAE has increased by 25% this year.

Valued at around £150-160 million export value per year in total, a significant amount of Welsh Lamb is exported internationally with the burgeoning Middle East market being a particular focus in the past few years. A lucrative market, according to the UN’s Food and Agriculture Organisation, the UAE is the 4th largest importer of lamb in the world, followed by KSA at 5th largest. The worldwide demand for lamb is growing steadily, driven by rising consumption in China and the Middle East in recent years.

With sustainability a rising issue for consumers when buying lamb, HCC have leveraged the Welsh red meat industry’s record of being one of the most sustainable producers of lamb internationally. Lamb production in Wales is between 10-13kg of CO2 equivalent per kg of meat and they have for centuries farmed in a way that is non-intensive, using grass and rainwater to rear animals, thereby avoiding contributing to deforestation and unsustainable use of water resources elsewhere in the world. Using unique livestock agriculture, Welsh farmers are working to lower their impact further, contributing positively to carbon sequestration, soil regeneration and increased biodiversity.

Market development work by HCC and Welsh processors, in partnership with the Welsh Government, led to a major growth in lamb exports to the wider Middle East region including UAE, Kuwait, KSA, Jordan, Libya and Qatar of 635% between 2018 and 2020 and the numbers are rising.

According to HCC Head of Supply Chain Delivery Jon Parker this is the time to buy Welsh Lamb: “Lamb is a popular choice for Middle East consumers and with a rapidly growing economy and hospitality sector, we have enjoyed an uptick in interest for our products in 2022.” explained Jon. “Our bid to expand this market, for the benefit of Welsh farmers and food producers, is really starting to pay dividends and we look forward to more growth in the new year.”

Keen to diversify export markets to include regions beyond Europe post Brexit, the Welsh red meat promotional body will embark on an ambitious programme of engagement with importers, hoteliers and restaurateurs. This will include investment into the UAE’s food industry bodies. The growth in exports will also reflect the UK gaining access to new markets such as Saudi Arabia and persistent trade development activity by HCC in new markets like Qatar where the Welsh football team will be taking part in the FIFA World Cup Qatar 2022.

“Our industry has faced some major challenges in the past few years with the pandemic and Brexit, but now is the time to ensure that Welsh Lamb is ahead of the game as the region’s hospitality sector resumes its strong growth. HCC are working with a local specialist agency to increase awareness of Welsh Lamb across our key markets such as the UAE and Qatar, and the wider Gulf Cooperation Council region.” Jon adds.

Reared sustainably in the stunning Welsh hills by award-winning farmers, Welsh Lamb is a leading choice for top international chefs including Michelin-starred, London-based chef Francesco Mazzei. Because Welsh farming is largely non-intensive, lambs are left to roam and graze on grass all-year-round in one of the most unspoiled corners of the world, making the meat succulent, sweet and tender. These factors combine to give Welsh Lamb its very special flavour and character that led to it being awarded Protected Geographical Indication (PGI) status, which means it is so unique it cannot be replicated anywhere else in the world.

80% of Welsh farmland is unsuitable for growing crops, thereby making raising livestock the most efficient way to turn upland pastures into high-quality food while the grasslands capture carbon from the atmosphere – making it a popular choice for meat lovers considering their own sustainable eating choices this year.

Shipsy raises US$25 million in Series B to accelerate global expansion, product innovation