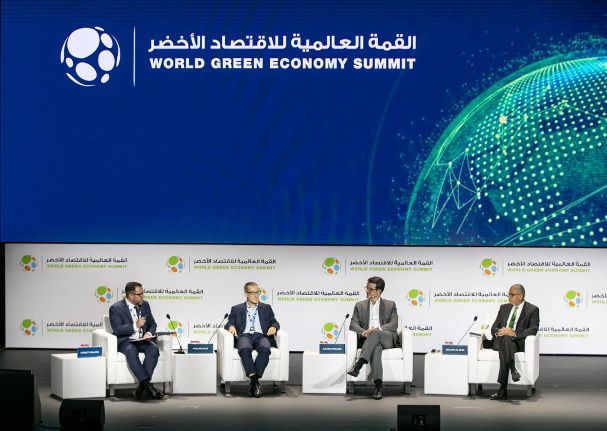 Dubai, UAE, 26 September 2022: The 8th World Green Economy Summit will host several local and international VIPs and a large number of international speakers, officials, representatives of government organisations, major corporates, experts, academicians and leaders of sustainability funding from around the world. The participants will discuss several themes, such as energy, finance, food security, youth, and other topics that accelerate the transition towards a green economy and drive sustainable development.

The Summit is held under the patronage of HH Sheikh Mohammed bin Rashid Al Maktoum, Vice President and Prime Minister of the UAE and Ruler of Dubai. It is organised by Dubai Electricity and Water Authority (DEWA) and the World Green Economy Organization (WGEO), and the Dubai Supreme Council of Energy on 28 – 29 September 2022, at the Dubai World Trade Centre. The Summit will be held in conjunction with the 24th Water, Energy, Technology and Environment Exhibition (WETEX) and Dubai Solar Show, which is also organised by DEWA from 27 to 29 September 2022.

“The World Green Economy Summit will bring together key decision-makers, experts and specialists to explore avenues to accelerate the transformation towards a green economy. The Summit supports the proactive approach adopted by the UAE in the climate action process to achieve sustainable and comprehensive economic development. The Summit will build on the progress made since the seventh Dubai declaration and the ambitions contained in the framework of the declaration. The eighth Dubai declaration, which will be launched at the conclusion of the Summit, is of great importance, given that the region will host the 27th and 28th sessions of the Conference of the Parties (COP) to the UNFCC. COP 27 will be held in Egypt next November and COP 28 will be held in the UAE next year. This spearheads our efforts to shape the sustainability agenda by promoting effective adaption and mitigation strategies. The WGES is a key supporter of the UAE’s efforts as well as the global efforts to adopt innovative green solutions, and support sustainable development whilst balancing economic growth and environmental sustainability,” said HE Saeed Mohammed Al Tayer, Vice Chairman of the Dubai Supreme Council of Energy, MD & CEO of DEWA and Chairman of WGEO.

“Since its launch in 2014, WGES has succeeded in mobilising global efforts to promote the shift towards a green economy. It has provided a strategic platform to support international cooperation to face global challenges, promote sustainable development and investments in the green economy, encourage adoption of effective policies, plans, and initiatives in this area, and discuss pressing issues including climate change and global warming. WGES helps align energy policies with the Sustainable Development Goals, exchanging views on successful sustainability strategies, systems and policies, and using available opportunities to support the transition to a green economy. WGES brings together a large number of leaders, experts and specialists in various areas related to a green economy and sustainable development,” said Waleed Bin Salman, Vice Chairman of WGEO.

“The World Green Economy Summit focuses on strengthening cooperation among countries and between public and private sectors in innovation, technology, and finance. It offers an exceptional platform to move forward on green recovery and to discuss the best ways to develop low-carbon economies and combat climate change,” said Abdul Rahim Sultan, Director General of WGEO.