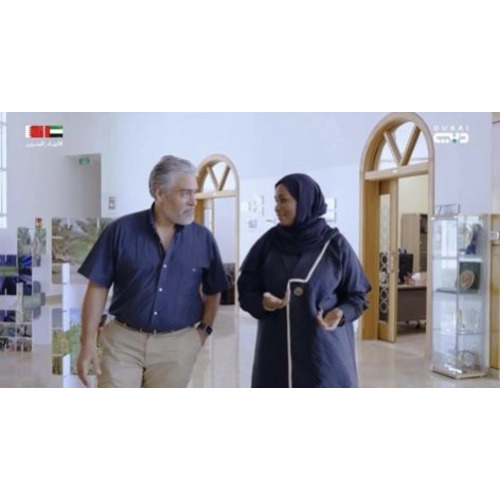 DUBAI, United Arab Emirates — Documented in ten dynamic five-minute episodes, “Bridges of Love” features projects in both the UAE and the KSA. The series starts with the cultural and natural revival of Al Ula governorate in the KSA and concludes with the Mohamed Bin Rashid al Maktoum solar park in Dubai.

Featuring prominent Emirati’s and Saudi’s, the documentary gives a rare view behind the cultural, environmental, technological and social scenes of this fascinating region. With projects of bio-saline agriculture, railways, solar parks, mangrove forests and winter sports, what many believe is just a harsh desert happens to be a breeding ground of ideas and innovation.

Throughout the series it becomes clear that Chinese-Arabic friendship is stronger than ever. With a likeminded drive to trade and innovate and an openness to the world, working together is the natural thing to do. Jane Wan, CEO J&T Express Saudi Arabia, talking about smart industrial and logistics centres in the KSA: “The Eid, Ramadan and White Friday are always big seasons for e-commerce, which also leads to a demand for logistics.” Camels might be replaced by undersea fibre optic cables, but the Silk Route is very much alive.

CGTN Arabic is an award-winning Chinese television channel for Arabic speakers, bridging communication between China and the Arab world. Initially broadcasted by CGTN Arabic, “Bridges of Love…..between Deserts and Seas”, was soon thereafter picked up by Dubai TV and Ekhbaria and is expected to be broadcasted all over the region.