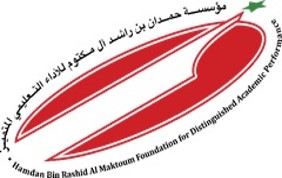 Dubai, United Arab Emirates, 4 January 2023:   Hamdan bin Rashid Al Maktoum Foundation for Distinguished Academic Performance and Arab Bureau of Education for the Gulf States announced the competition results of the 25th session of Hamdan Foundation Awards at the Gulf level, where 14 competitors out of a total of 77 Gulf entries were approved in the categories of “Distinguished Student”, “Distinguished Teacher”, and “Distinguished School”.

The Gulf competitions featured 14 winners in a range of categories. The number of winners was led by the Kingdom of Saudi Arabia with nine awards, followed by Kuwait with three awards and Qatar and Bahrain with one award each.

His Excellency Dr. Khalifa Al Suwaidi, Secretary-General of the Foundation, for his part, said, “We are pleased to announce the competition’s Gulf results of the 25th cycle of Hamdan bin Rashid Al Maktoum Foundation for Distinguished Academic Performance awards from the Arab Bureau of Education for the Gulf States, which reflect the award’s growth and the expansion of its regional and global partnerships. We reaffirm that the Foundation is eager to adopt the principles and values advocated in promoting education and developing its institutions as a crucial component of attaining sustainable development and growth of countries. The Foundation is commemorating its silver jubilee while also announcing the results of the 25th session of the award at the Gulf level. The Foundation has been working tirelessly for 25 years to develop and update the standards for evaluating awards and to implement cutting-edge programs to instruct arbitrators on these procedures.”

Dr. Al Suwaidi expressed his pleasure at the award’s impressive participation in its 25th session at the Gulf level. In a related context, Dr. Al Suwaidi emphasized the significance of the award in the advancement of education as well as its part in adopting a model for benchmark and activating instruments and initiatives to enhance the educational system.

Dr. Al Suwaidi also commended the bilateral collaboration with the Arab Bureau of Education for the Gulf States, which reflects the Bureau’s vision to support and facilitate initiatives and projects that would advance and enhance education in the member states. He emphasized that the two parties are consistently working to spread the culture of educational excellence and best educational practices that adhere to quality standards.

There were 77 contestants in the Gulf Awards during the twenty-fifth session, 14 of whom were winners. 20 students from the academic sector and 17 students from the non-academic field made up the 37 participants from general education.

It is noteworthy that the Hamdan bin Rashid Al Maktoum Foundation Awards for Distinguished Academic Performance winners will be recognized at a ceremony in March 2023 in Dubai alongside recipients of all award categories at the local, Gulf, and Arab and international levels.

Turkish Airlines, in an Unparalleled Move, Are to Include Far East Flights