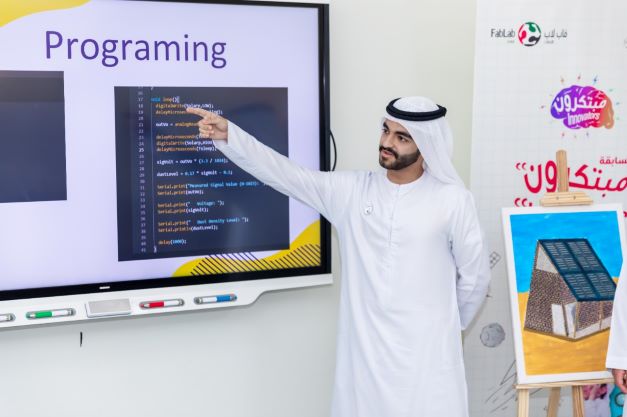 His Excellency Dr. Khalifa Al Suwaidi, Secretary-General of the Hamdan bin Rashid Al Maktoum Foundation for Distinguished Academic Performance, said, “The ‘Innovators Competition’ is one of the pioneering initiatives launched by the Foundation as part of its endeavors to support talented people and encourage them to present their innovations and creative ideas, turn them into a tangible reality and apply them for the benefit of society. In addition to realizing the vision of the wise leadership to promote and spread a culture of creativity and innovation, this helps to support all efforts and endeavors made by universities and scientific institutions in the country to graduate generations capable of creativity and innovation. It also helps to strengthen the UAE’s position as a global destination for talented and innovative people.”

“The ‘Innovators Competition’ continued to grow its participant base with tremendous success during its previous sessions. It also succeeded in identifying a lot of talents and assisting a lot of people in making their concepts a reality, which helped draw in more noteworthy ideas. A committee of experienced assessors examined the participating projects using the most recent international arbitration standards to ensure integrity and transparency. As a result, the contributions to this session contained many original ideas and remarkable initiatives,” added His Excellency Dr. Khalifa Al Suwaidi.

The competition’s organizers received 157 entries from participants between the ages of 9 and 15 through the ‘Fab Lab UAE’ website. Six winning entries and fifteen distinguished ideas were recognized.

As for the age group of 18 years and above, the number of participating teams was 35 teams from various universities in the country and 4 winning teams were selected by the jury, namely, ‘The BotPot’ project by Baraa Hamdi Musa Al-Jilani and Ahmed Fathi Ahmed Abu Issa, ‘The Bright Light’ project by Saeed Saqir Saeed Al Shehhi, Abdul Rahman Tariq Al Shamsi and Hamdan Marwan Abdullah Al Shehhi, in addition to ‘The rescue’ project by Israa bint Adel bin Munawar, Hajar bint Adel bin Munawar, and Muhammad Faiq Muhammad and ‘Plant Care’ project, which was presented by Saleh bin Muhammad bin Saleh Al-Suhail.

‘Innovators Competition’ targets people in the age groups from 9 to 15 years in the junior category, and those over the age of 18 years in the adult category. The competition’s concept is to engage those who have a passion for innovation and a creativity, to encourage them to exhibit their ideas in a variety of ways, and to provide them with the chance to do so while also reaping the rewards. The proposals are assessed by expert arbitration committees, and the best ones are subsequently chosen and developed into products by Fab Lab UAE. The numerous award platforms are also used to promote, publish, and showcase the winning designs.