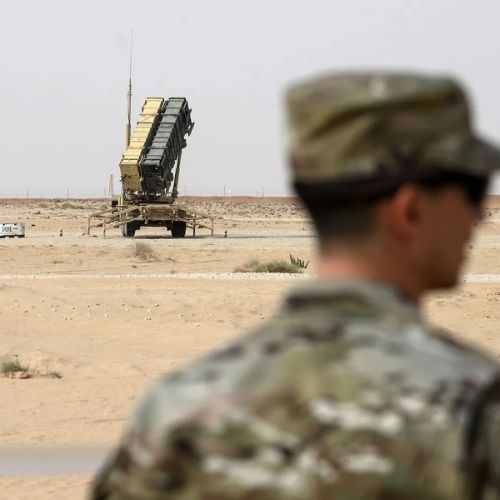 A partnership between Saudi Arabia and the US develops as the latter begins plans to establish a military facility in Saudi Arabia :

The US has recently begun developing a military testing facility in Saudi Arabia to safely experiment with military-related inventions in open spaces within the country’s territory. The development of this facility is said to be the starting point of a deeper military relationship between both countries.

Red Sands Integrated Experimentation Center _ What Is this?

The US military has embarked on a facility development project in Saudi Arabia. This project stems from the need to curb the increasing insecurity and threats within the Middle East region. Although the facility is still in the early planning and development stage, it has been described by Lt. Col. Dave Eastburn, US CENTCOM spokesperson, as an innovative approach to training and readiness with both countries as partners. CENTCOM Commander Michael Kurilla allegedly suggested the idea during his visit to the region earlier in the year to discuss regional cooperation among the nations. The President of the US, Joe Biden, also paid a visit to Saudi Arabia to negotiate the terms of the partnership between the countries.

The military facility is set to be called Red Sands Integrated Experimentation Center. The center is an institute to proffer innovative training and solutions between both countries. The center is still at the early conceptual stage, and there is yet to be an agreed and finalized location. However, both countries actively seek a safe place to test various electronic warfare experiments without affecting the government and the general public. The institution is also intended as a testing facility for air and missile defense capacities and aims to develop helicopter products, radar systems, and drones. The US has commended Saudi Arabia for the country’s overwhelming support and cooperation for the project.

While there is no final cost for the facility, the US CENTCOM is actively working with the Saudi Arabia government to make the project feasible before the first half of next year is over.

What are the Effects of Developing this new New Facility?

The Red Sands Integrated Experimentation Center represents the beginning of a renewed partnership between the US and Saudi Arabia. The facility will also strengthen the Middle East’s air power and defense system. Still, much more than that, it also curbs the issues of insecurity and threats that have plagued the country.

In addition, the facility fulfills the joint goal of both countries to establish a stable, secure, and prosperous Middle East.

This project is not new to both countries, as the US regularly works with Gulf countries to enhance border security, maritime security, arms transfer, and cybersecurity

This program has been cooking for a while, and many stakeholders are on the lookout for the finished result. Given Saudi Arabia’s precedence, one can rest assured that the project will proceed and be completed in good faith. Thus, marking another milestone in the country’s history.

Coronavirus: Trump claims US could have Covid-19 vaccine by October