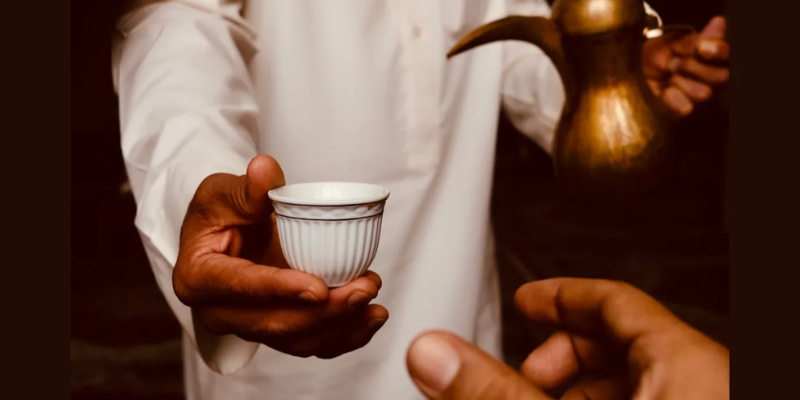 As the kingdom’s “Year of Saudi Coffee” winds down, the kingdom hopes to find out as much as it can about its national beverage through coffee research. Saudi Press Agency stated on Sunday that Saudi’s Ministry of Culture, in partnership with the Saudi Coffee Company of the Public Investment, is now taking applications for its “Saudi Coffee Research” grants.

The grant for the coffee research will primarily fund research into three main tracks, “coffee in the Arabian Peninsula,” “development of local cultural content,” and “the intangible cultural heritage linked to Saudi coffee.” The first grant track looks at the Arabian Peninsula as the place where coffee initially began and the major historical periods and events that have been linked to it. The story of “Coffee on the Arabian Peninsula” centers on several different themes, including the origins of the coffee trade, the most important events in the history of the coffee industry in Saudi Arabia, and the ancient trade routes that were used to carry coffee.

The second investigates how oral traditions in Saudi Arabia are linked to the coffee that represents the country’s cultural heritage. This second line of inquiry will explore the role of performance art and music in the context of relevant knowledge and practices, as well as social customs, rituals, ceremonial occasions, traditional crafts utilized in the production of Saudi coffee, and the interaction between humans and nature. It will look to promote and grow the use of locally produced Saudi coffee through government procurement, as well as an emphasis on the development of original cultural content for the region. The development of local cultural content tracks will also help ensure the long-term health of the Saudi economy while also bolstering efforts to preserve the country’s authentic historical artifacts.

The grant for the coffee research is part of the Ministries’ Year of Saudi Coffee 2022 initiative, which is sponsored by the Quality of Life Program and recognizes the cultural significance of the staple beverage of the Saudi people.

The research aims to strengthen national identity, protect Saudi cultural heritage, examine the Saudi coffee market, encourage creativity, and advance the country’s coffee sector. Researchers and experts from Saudi Arabia and around the world can apply for these grants. In all restaurants and coffee shops across the kingdom, Arabic coffee was rebranded as Saudi coffee in February, following a directive from the Ministry of Culture. Also, it is important to add that the “Finjal,” a small coffee cup, was used as the model for the logo of the “Year of Saudi Coffee” campaign because it has long been a symbol of the warm hospitality of the Saudi people. The goal of the initiative is to teach people all over the world about how special Saudi coffee is because the Ministry thinks that everyone should know about this important part of Saudi culture.

Why Creed Aventus Perfume For Men are Popular