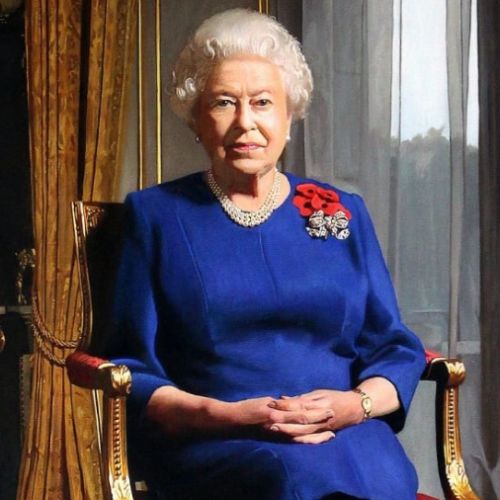 Grieving in the UAE as the country declares three days of mourning for Britain’s Monarch, Queen Elizabeth II :

Grieving in the UAE as the country declares three days of mourning for Britain’s Monarch : Queen Elizabeth II

The UAE has issued an order for the national flags in all its sectors and embassy to fly at half-mast as a show of its state of mourning for Queen Elizabeth II, Britain’s Monarch, who recently passed away. UAE’s actions are regarded as a show of condolences to the family of the Queen and the United Kingdom.

The twelfth Monarch since the establishment of Great Britain, Queen Elizabeth II reportedly passed away at age 96 at the Balmoral Castle, her Scottish estate, after a brief illness. The Monarch’s death was unexpected and has been accompanied by worldwide grieving. Although the Queen has not recorded significant health issues in the last decades, except for contracting Covid-19 early last year, reports show that she had been under medical supervision for a while. While there were no explicit statements regarding the Queen’s health condition, the decision to place her under medical supervision was preceded by deep concerns for her health following medical evaluation by medical personnel. The palace has declined to issue a public statement on the Queen’s health before her demise.

How the UAE Reacted to the Queen’s Death

The UAE declared on September 9th that all public and private sectors, including the country’s embassies abroad, must fly the UAE flag at half-mast for three days to show its mourning Queen Elizabeth II. The government also declared a work-free day on September 10th, the second day commemorating the mourning.

In a tweet, Dubai’s President, Mohammed bin Zayed Al Nahyan, expressed his sincere consolations to the British royalty and the people of the United Kingdom. The President further acknowledged the late Queen as a dear friend of the UAE and a beloved and respected leader committed to serving her country. This view was also shared by the UAE prime minister, Mohammed bin Rashid, who credited the Queen with an incredible lifetime of service and duty to the United Kingdom. Subsequently, other world leaders of gulf countries have also expressed their sympathies to the royal family and the people of Britain.

Upon the Queen’s demise, her eldest son, Prince Charles III, was officially crowned the 13th Monarch of Great Britain. The President further commended his Majesty King Charles III on his accession to the throne and stated his wish to strengthen the friendship and cordial relationship between Britain and the UAE, thus signifying his support for the Monarch’s new reign.

The UAE’s actions are more than a show of sympathy and condolences to the royal family; they are also a form of solidarity for the new Monarch and the country of Great Britain. The Queen has undoubtedly written her name in the sands of time with a reign of over 70 years and surmounting various challenges. The UAE reemphasizes her efforts, commends her resilience, and wishes Great Britain the best in the coming years.

Back to work after long Eid break in the UAE? Seha offers advice