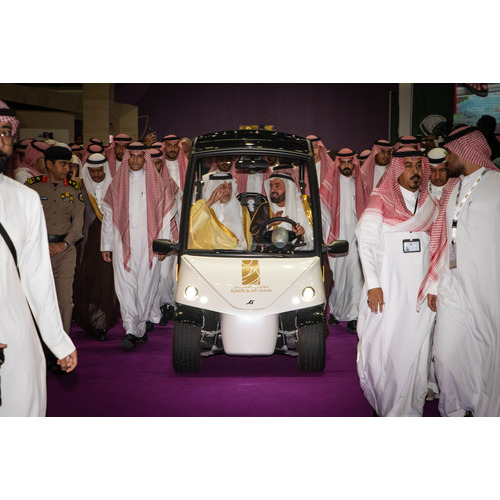 H.E. Minister of Hajj and Umrah, Dr. Tawfiq bin Fawzan Al-Rabiah welcomed the esteemed guests, noting that Saudi Arabia’s top priority is to ensure that pilgrims can perform Hajj and Umrah safely and securely by enhancing the digital capabilities of services. “This is a historical commitment and an honor to be proud of for the Two Holy Mosques government,” he said.

Al-Rabiah reiterated the Ministry’s keenness to enrich the Hajj and Umrah experience by developing services and solutions and introducing enhanced regulations and procedures. He praised the commitment of relevant authorities and the early signing of Hajj agreements as ‘testament to the unrelenting keenness to provide better services to pilgrims and Umrah performers.’

Hajj Expo discussed ways to enhance quality of Hajj services in 10 keynote sessions, 13 panel discussions and ‘Hajj Talks’, as well as 36 workshops and other events and activities: the Islamic exposition, the Hajj and Umrah Challenge Area, and the Startup Zone.

Hajj Expo aims aims at building an integrated and sustainable ecosystem of services and solutions to enhance the experience of pilgrims, anticipate future directions and establish opportunities for further collaborations, agreements, and local and international initiatives, while showcasing Saudi Arabia’s efforts to enhance the sustainable development of pilgrim services.

Beat the Heat this Summer with LG’s DUALCOOL