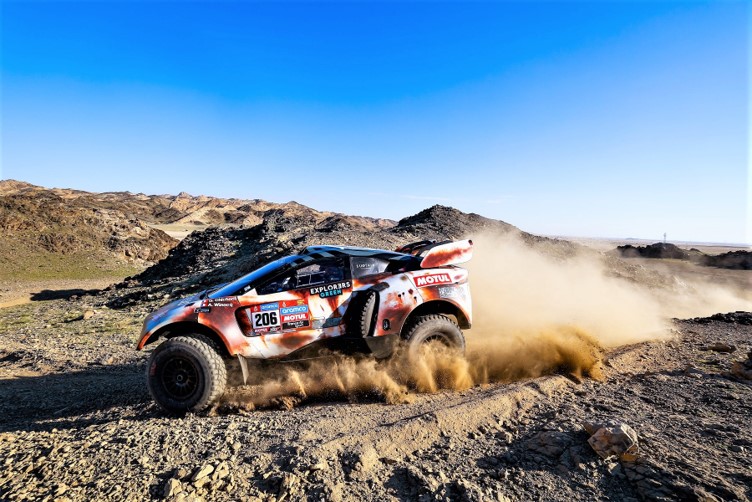 Sebastien Loeb believes this could be the year that he leads Bahrain Raid Xtreme to victory in the Dakar Rally, and he underlined his intentions today on the first real test of the 45th edition in Saudi Arabia.

Partnered by Fabian Lurquin in his BRX Hunter, Loeb finds himself in between Audi team-mates Sainz and Mattias Ekström, but has strong support close at hand following a stage on which the five quickest drivers were separated by just over two minutes.

It all added up to a highly satisfying leg for the Prodrive-run BRX team in Saudi, which has 67 people, 14 nationalities and 27 vehicles supporting the Hunters, each running on EcoPower fuel which reduces greenhouse gas emissions by 80% compared to petrol.

After edging Loeb by one second on the previous day’s prologue, Ekström led for much of today’s stage before the Frenchman stepped up the pace in his Prodrive Hunter, as did Sainz, to surge past him over the last 100kms.

Following up Chicherit’s historic first rally success for the car in Morocco, Loeb gave BRX a splendid win in the Andalucia Rally, and has started the 2023 W2RC in Saudi determined to go one better than his overall runner up spot last year.

The Dakar continues tomorrow with a 430km stage from Sea Camp to Alula.