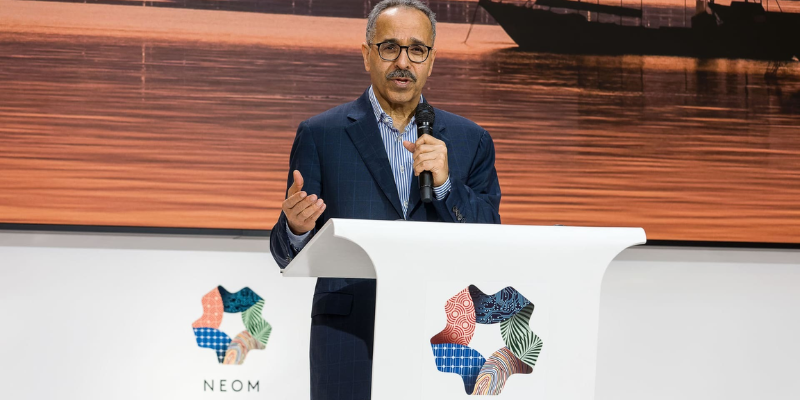 NEOM CSR is the corporate social responsibility department of the “land of the future” being built in northwest Saudi Arabia. It just started a training program to give a new generation of students more power. The initiative was started to help students in NEOM and the Tabuk region reach their full potential and gain access to career opportunities. It was put together with the Knowledge Exchange for Youth Supporting Society Project, the Ministry of Education, the National Program for Community Development, and non-government organizations.

The eight-week program is aimed at 600 students, including high school students derived from the NEOM and Tabuk area and first-year students from the University of Tabuk. Its goal is to encourage young people to pursue higher education and better prepare them for meaningful careers after they graduate.

These students in the program will have access to a team of 50 instructors and advisors who will help them choose majors that will be in demand in the future workforce and who will encourage them to discover their own unique strengths through meetings that encourage active participation and self-discovery. Participants will get a handbook on strategic decision-making for use in their careers, classrooms, and daily lives as part of the program.

To support Saudi Vision 2030 and the Human Capability Development Program, NEOM has made educational empowerment a central focus of its corporate social responsibility initiatives. Since its beginning, NEOM has implemented a number of educational initiatives, such as a scholarship program (which has awarded 379 individuals so far), English language courses, and career development resources.

What You Need To Know About NEOM

Imagine a new possible future, and you have NEOM. The vision of NOEM is an attempt to achieve something that hasn’t been done before, and it comes at a moment when the world desperately needs new ways of thinking and different approaches. In a nutshell, NEOM will be a place that ambitious people may call home while they work to create a better future for humanity.

In addition to the Student Empowerment Initiative, HERFA+, and the NEOM Beach Games, NEOM has implemented several programs over the years to further its commitment to a brighter future. NEOM just completed an initiative called the NEOM Beach Games. Approximately five hundred athletes from twenty-five different countries competed in the NEOM Beach Games in 2022. Exciting events took place at NEOM between October 19 and December 9, garnering the attention of worldwide media. Each of the sports federations represented at the NEOM Beach Games has its own global live feed to broadcast the competition. The NEOM Super League Triathlon was shown on the BBC, while the NEOM Beach Soccer Cup was shown on Sport TV.

NEOM is a staunch supporter of Saudi Arabia’s rising generation of young, skilled leaders. That’s why they’re putting so much funding into their Graduates’ Opportunities in Work (GrOW) initiative, which is already boosting career opportunities on a massive scale. The application period for the class of 2022 has ended. Application information for the following year will be made available on NEOM.com in 2023.

Five New UAE Laws Will Go Into Effect In 2023

Cloud Box Technologies to Focus on Its IT Infrastructure, Security and Cloud Solutions at GITEX