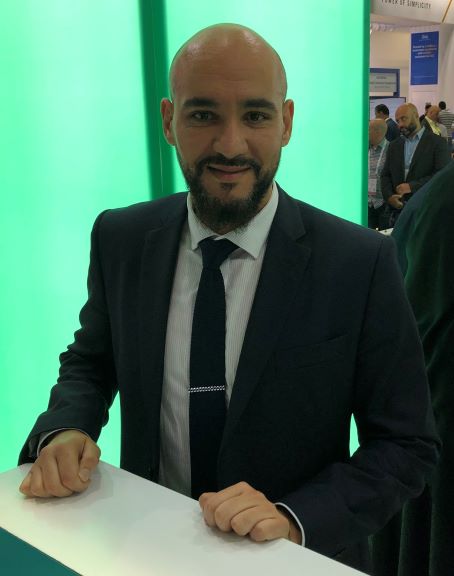 With the GCC nations in a race, to deliver happiness to their citizens and residents through the digital transformation of government services, the growth of smart cities, and as the amount of big date grows exponentially across the region, one pioneering French security tech startup, Obvious Technologies, is up to the challenge, by providing its in-house developed cutting-edge customised solutions.

Part of the Neostone Group, Obvious Technologies specialises in developing and integrating cutting-edge command and control solutions for security and mission-critical operators by leveraging the power of digital twin, 3D data visualisation and advanced analytics capabilities, resulting in accelerated strategic and tactical decision-making.

With GITEX Global 2022 benchmarking itself as the biggest technology show in the world in 2022, Obvious Technologies was onsite at the October 10-14 expo at Dubai World Trade Centre, to showcase its flagship in-house developed OODA (Observe-Orient-Decide-Act) 3D data visualisation platform and C2 solution suite that is a game-changer from the traditional Physical Security Information Management (PSIM) platform that the GCC region is more accustomed to.

In an exclusive interview with MENews247 at GITEX Global 2022, Naoufal El Ouali, Executive Vice-President, Obvious Technologies, explained that OODA is essentially a military-grade security framework inspired by video games’ coding. Obvious Technologies’ R&D team also added a crucial analytical layer to the platform; one that intuitively and immediately converts input into intelligence, resulting in quick decisions and action. A major advantage of OODA is that the suite is capable of handling massive amounts of data and events in real-time and is expandable, interoperable, and open by essence.

Founded in 2018, in Suresnes, France, Obvious Technologies has since expanded to 10 countries, and as part of a GCC rollout, operates sales offices in Dubai and Doha.

As the GCC region is at the forefront of innovative technology adoption and to seize new business opportunities being presented by digital security-conscious GCC governments and as they increasingly migrate their services for citizens and residents online Obvious Technologies is stepping up its on-the-ground presence in the UAE, Saudi Arabia, Bahrain, Kuwait, and Qatar by hiring an additional 15 employees as well as basing part of its R&D team in the region, said El Ouali.

Obvious Technologies especially develops its in-house solutions to be completely human-centric, in order to offer data managers the ability to observe, understand, decide, and act quicker and with greater ease.

El Ouali noted that while it is acceptable for the back-end of the metaverse, AI, and big data spectrums to have a complex non-human interface, the front-end has to be ideally human-centric; “incorporating simplicity and ease of use”.

In reply to the query as to where the company’s flagship OODA platform is deployed in the GCC region, El Ouali revealed that the Hamad International Airport in Doha deploys OODA as a PSIM solution, in addition to four stadiums in the Qatari capital also harnessing OODA for overall security and public safety management in the stadiums during the forthcoming Qatar FIFA World Cup 2022 tournament.

In the last three years that Obvious Technologies has been present in the GCC region, government and semi-government sector customers’ needs have evolved, said El Ouali, equating the growing demand largely to digital transformation services, and smart cities introduction.

“These customers have demands; wanting to specifically know how they can improve the lives of their citizens and residents through digital transformation and smart cities integration. They [customers] tell us: ‘If you are offering us technology just for the sake of it, we do not want it, give us real-use technology that will transform and offer our citizens and residents better lives,’” said El Ouali.

Explaining the key driver of R&D innovation at Obvious Technologies, El Ouali stated: “We primarily seek to develop that what is not thought about; but when used, is in effect really easy to use.”

This scenario also harks back to Obvious Technologies’ origins, as the company was set up to fill a void in the market that was unable to provide effective and simple tools to operators or agents who do not have the time, and special IT skills, but yet have to deliver complex human missions.

In this context, Obvious Technologies deploys its proprietary technology that displays actionable intelligence and facilitates coordination and action in real-time, especially when multirole agencies and chains of command are involved.

UNIFONIC ANNOUNCES ACQUISITION OF SESTEK, FURTHER DIVERSIFYING ITS OFFERINGS AND EXPANDING ITS GEOGRAPHICAL REACH AS A LEADING CUSTOMER ENGAGEMENT COMPANY

The black mirror of social media

Is the cost of business software and the resulting digital inequality limiting the growth of the UAE’s SME sector?