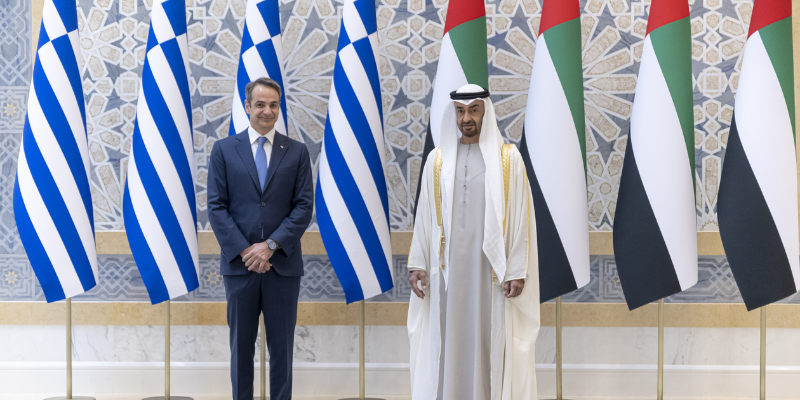 At their meeting in Dubai, the two ministers talked about ways to improve their countries’ already strong bilateral relations and ties of collaboration. They also exchanged opinions on numerous and global issues that both countries care deeply about. H.H. Sheikh Abdullah stated that the United Arab Emirates’ and Greece’s relations are flourishing due to the partnership between the two countries. He also reaffirmed the United Arab Emirates’ commitment to expanding the scope of their cooperation across all sectors. All of this is in order to promote mutual interests, boost economic growth, and improve living standards for all parties involved.

Dendias, for his part, emphasized the depth of UAE-Greek ties, as well as the desire of the two nations’ leaderships to further develop and expand these bilateral relations in all areas. Reem bint Ibrahim Al Hashemy, Minister of State for International Cooperation, Minister of State Ahmed Ali Al Sayegh, and UAE Ambassador to Greece Sulaiman Hamed Salem Al Mazrouie were also present at the meeting.

Sheikh Abdullah stated in a speech last year that ties between the United Arab Emirates and Greece date back to 1975. Since then, the two countries have accomplished much together. The UAE hopes to expand these bilateral relations so that they serve as an example of stability and growth in the region. Economics, politics, defense, culture, governance, and food security are just a few areas where the two countries work together. He went on to say that the groundwork has been laid for their dream of a strategic alliance, which has the potential to grow in areas like IT, tourism, education, healthcare, services, and food security. The United Arab Emirates and Greece are committed to pursuing avenues of collaboration that will allow the private sector to make a greater contribution to the creation of new, lasting economic ties. In 2021, for instance, non-oil trade between the two countries increased by 67%, reaching more than AED 2 billion.

The UAE and Greece both want to create new opportunities for their business communities and private sectors to work together in different areas of interest to both countries. The UAE also appreciates Greece’s efforts to keep the region stable and praises how well they work together to solve some of the region’s most difficult problems.

How Botox Works for Chronic Pain?

Starting the New Year with a Smart Home Ecosystem from LG