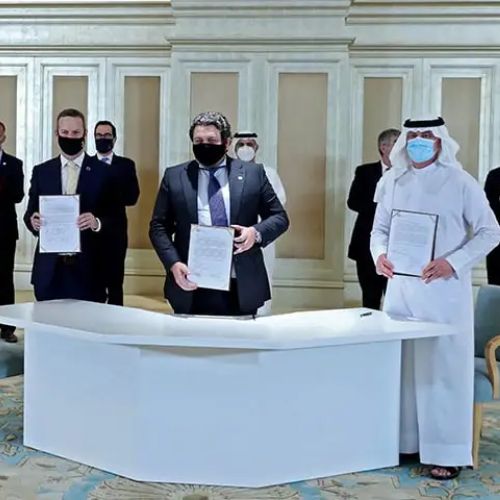 UAE Restricts Citizens of Certain Countries from Acquiring Visas until They are Above the age of 40 :

The UAE has issued visa restrictions on specific countries for the time being. This decision by the UAE government was at all times influenced by the actions of specific stakeholders in the affected country and not made arbitrarily.

What are the Specifics of the Visa Restrictions?

For some countries, the UAE has restricted issuing visas to persons under the age of 40, except if such instead come in the form of a family visa. These conditions would mean that prospective visa applicants must clearly state the type and purpose of the visa to prevent ambiguity and stress. This news comes after the initial relaxation of visa restrictions for Nigeria and 11 other African countries brought by the pandemic in 2022. The visa restriction is said to have been implemented to protect the interests and safety of the UAE.

The imposition of visa restriction schemes on residents of certain countries by the UAE is not at all arbitrary; it is influenced by specific considerations, country relationships, and actions of the citizens seeking visas. In the case of Nigeria, the intention to impose visa restrictions can be traced to an incident that occurred earlier in the year.

The new regulations were imposed primarily as a result of public disturbance, destruction of properties, and possible murder occasioned by a clash between Nigerian cult members in the UAE. It was therefore evident that to protect the life and welfare of its citizens and the country, steps were to be taken, and one of such is the implemented visa restriction.

Contrary to popular opinion, the UAE did not impose an immediate visa ban on countries on the restriction list. The UAE government immediately refuted this misconceived belief when a video of Nigerians stranded in the airport was circulated as a ploy to ban Nigerians into the UAE. The country claimed that the persons in question failed to possess appropriate visas and were awaiting clearance or proof of purpose.

With the recent update in the UAE visa, persons seeking a tourist visa who are above the age of 40 would be required to provide three requirements to be scanned and uploaded on the country’s visa portal.

Notably, UAE just issued a new visa scheme for the US, UK, and other European countries residents, which gives them a free pass as tourists for one year. Thus, the UAE seeks to accept residents worldwide, provided that such is not to the detriment of the country and its citizens. It is apparent that without the preceding circumstances, the government would not have issued any visa restrictions.

The accelerated growth of UAE’s tourism industry would require it to not only open its borders but to ensure that such does not compromise its interests. One has to commend the visa restriction decision because it will ensure that the country continues to provide top-notch tourism services for the safety of its people and other tourists.