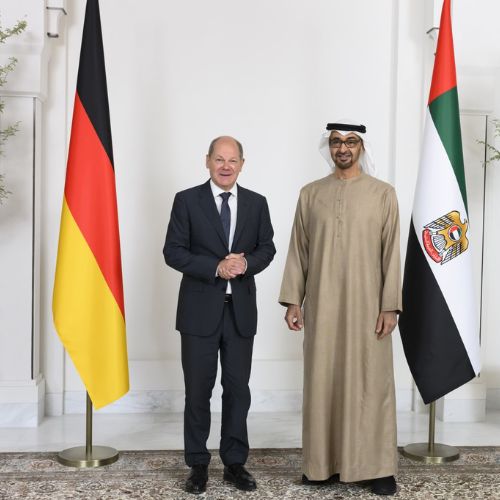 The UAE president Sheikh Mohammed bin Zayed al Nahyan has signed an energy agreement with Olaf Scholz, the chancellor of Germany. The agreement is expected to accelerate industrial growth, enhance decarbonisation, and promote energy security. Under the agreement, the Abu Dhabi National Oil Company (ADNOC) will supply Liquefied Natural Gas (LNG) to RWE, a German electricity generation company. ADNOC will deliver the first LNG shipment by the end of this year. The shipment will be used to construct a floating LNG terminal in Brunsbuttel.

In addition to the LNG supply, ADNOC is also expected to reserve some LNG cargoes for German companies next year. Before this agreement, the UAE delivered its first diesel shipment to Germany. ADNOC also entered an agreement to provide a monthly delivery of about 250,000 tonnes of diesel to Wilhelm Hoyer Gmbh & Co Kg, a downstream petroleum company in Germany. These agreements align with ADNOC’s plans to expand its natural gas production and increase its international footprint.

Details of the Energy Security Agreement

This agreement comes after Russia halted gas supply to European countries, particularly Germany. This gas halt was executed by completely shutting Nord Stream 1, a pipeline that supplies gas from Russia to Europe. While Olaf Scholz maintained that Germany saved enough gas, the gas halt still affected many European countries. This new agreement with the UAE can help maintain regular gas supply to German companies and reduce the probability of an energy crisis.

The agreement also involves cooperation between Germany and UAE to boost their presence in the hydrogen sector. This way, both countries will actively seek more opportunities to collaborate across the hydrogen value chain. This cooperation is perfectly timed, as the UAE recently announced its plans to supply about 25 percent of the global hydrogen demand in the coming years. ADNOC entered into a similar agreement recently when it undertook the delivery of low-carbon hydrogen to Germany. The company completed the first delivery of demonstration cargoes early this month.

More so, the agreement also provides that Masdar, a green energy company in the UAE, will explore wind energy markets across Germany’s North Sea. This exploration is expected to drive the production of 10 GW of renewable energy in the next eight years. More importantly, it will help fuel the energy transition goals of both countries.

In conclusion, many countries seek to bypass the energy scourge caused by the Russia-Ukraine war. This quest will create more bilateral collaborations for oil and gas supply. More importantly, since the energy transition is an important policy topic for most countries today, the move to establish a Germany-UAE renewable energy collaboration is laudable.