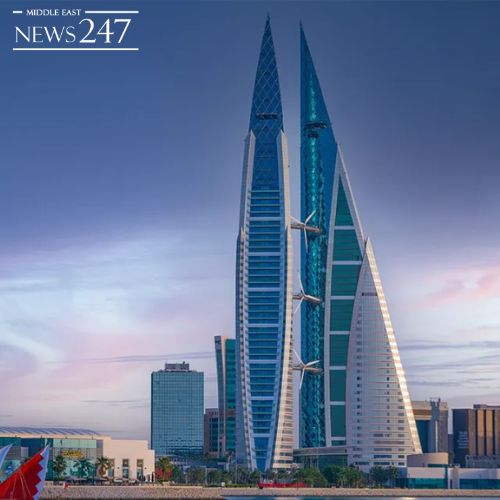 Bahrain recently announced that it attracted $921 million in Foreign Direct Investment over the first nine months of this year. The Bahraini Economic Development Board (EDB) made a detailed announcement last week. This development comes after Bahrain recorded an $88 million revenue surplus in the year’s first half.

Bahrain has been on an economic diversification drive in recent years. The country has consistently sought ways to boost its revenue from non-oil sectors. For instance, Bahrain’s Central Bank has been delving into technology and cryptocurrency. The bank even created a regulatory sandbox for fintech companies in the country. These moves have generated significant results so far. The first indication of results occurred when the Bahraini government announced its revenue surplus. This FDI development seems to cement that the company is making significant progress with its diversification drive. According to the EDB, manufacturing and logistics made up about 30% of the total FDI, with about $290 million ascribed to investments through manufacturing and logistics companies. In total, about 25 manufacturing and logistics companies benefited from the investment. While Bahrain had initially planned to attract $1 billion in FDI this year, reaching a milestone of over $900 million in the first half indicates that the country will likely exceed its target. Notably, Bahrain attracted an FDI of about $839 million in 2021. Interestingly, the country has surpassed its 2021 FDI count in merely six months of 2022. The EDB has also stated that the manufacturing and logistics companies facilitating the bulk of the investments are expected to create 1,200 jobs in the next three years. In addition, the total $921 million investment is also expected to create about 4,700 jobs across sectors like ICT and finance. Earlier this year, Reuters reported that the Bahraini government is engaging cloud computing companies from China and the United States on investment deals. Last year, Bahrain officially launched a fiscal balance and economic recovery plan. These policies were targeted at achieving a zero-deficit goal for the Bahraini economy. They are also expected to help the economy recover from the effects of the coronavirus pandemic. Notably, Bahrain’s most prominent economic plan is Vision 2030, which comprises goals like achieving $2.5 billion in FDI by 2023 and net zero by 2060. Bahrain also plans to focus on priority non-oil sectors like manufacturing, IT, financial services, and logistics, with over $30 billion channeled to strategic projects. The current $921 million FDI record shows Bahrain is well on its way to achieving its $2.5 billion FDI record by 2023. More importantly, Bahrain’s priority sectors, as spelled out in Vision 2030, equally seem to be progressing according to the country’s plans. For instance, the manufacturing sector has attracted a significant proportion of Bahrain’s FDI this year. This indicates that the country’s economic policies have been yielding significant results. Ultimately, as Bahrain continues to make its commercial ecosystem conducive for foreign companies, its FDI will likely soar. Check Out The News On Latest Topics
previous post

Bahrain and Israel in Talks for Free Trade Agreement

Coronavirus: Citizens, residents no longer need a permit to travel out of Abu Dhabi