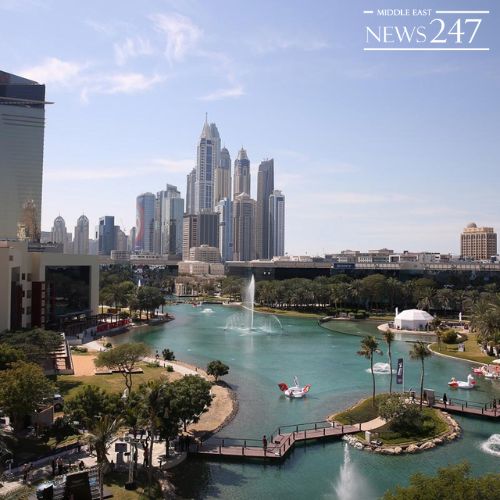 Dubai Set to Embark on its Fourth State-Linked IPO :

The Emirates Central Cooling Systems Corporation (Empower) has announced its plans to launch an Initial Public Offering (IPO). Empower is a Dubai state-owned entity responsible for providing district cooling services across the Emirate. Late last year, Empower announced that its primary shareholders, Dubai Electricity and Water Authority (DEWA) and Emirates Power Investment, were set to offer a 10% stake (at 7% and 3%), respectively. This offering would reduce their holdings accordingly; DEWA with 63% and Emirates Power Investment with 27%. This IPO will mark Dubai’s fourth state-linked IPO.

Details on the IPO

Earlier this year, Empower’s plans to launch its IPO were officially disclosed to the public. At the time, Empower was calling for pitching from global banks that intended to play a role in the planned IPO. The banks that eventually got to manage the IPO were Emirates NBD Capital, Merill Lynch International, and EFG-Hermes. Citi, Emirates NBD, and Merill Lynch served as the global coordinators of the IPO, while EFG Hermes served as the joint book-runner.

Subscriptions for the offerings officially opened on October 31st, while the final pricing was officially announced days ago at AED1.33 per share ($0.33 per share). Before the IPO’s launch, Ramesh Ramadurai, Empower’s CFO, reportedly said they had initiated continuous discussions with regional and international investors. Empower also announced that it plans to pay a dividend of Dh850 million in the two fiscal years after the IPO. Essentially, after 2024, Empower will kick-start sustainable dividend payments aligned with the growth of the business.

At the launch of the IPO, Empower sold 2 billion shares, accounting for 20% of Empower’s total share capital. This means that contrary to earlier plans, DEWA will retain 56% of the company’s holdings while Dubai Power will retain 24%. The company also raised $724 million in its IPO— a massive oversubscription. The retail offering was oversubscribed 49 times, while the qualified investor tranche was overqualified 46 times.

After the highly successful offering, Empower is set to start trading by November 15th on the Dubai Financial Market. The company is expected to trade under the ticker symbol, ‘EMPOWER.’ Empower’s listing is one of Dubai’s many listing plans.

Late last year, Dubai announced that it intended to list ten state-owned entities on the Dubai Financial Market. This move was directed at increasing the size of Dubai’s financial market to $871 billion. With this move, Dubai hopes to catch up with other large Middle Eastern business hubs like Abu Dhabi and Saudi Arabia’s Riyadh.

In September, Dubai listed Salik Company PJSC, a state-owned toll system operator, on the Dubai Financial Market. Salik raised about $1 billion from its IPO. This was Dubai’s third listing of a government entity. Before the Salik listing, Dubai publicly listed the Dubai Electricity and Water Authority (DEWA). DEWA raised $6.1 billion in its IPO. At the time, this was the second-largest IPO in the world for 2022.

With Dubai’s plans to list more of its state-owned entities, the Emirate might be well on its way to establishing itself as a global financial hub.

UAE in Talks with Cambodia for Free Trade Agreement

Coronavirus impact: Etihad has recorded Dh20.55 billion in losses since 2016