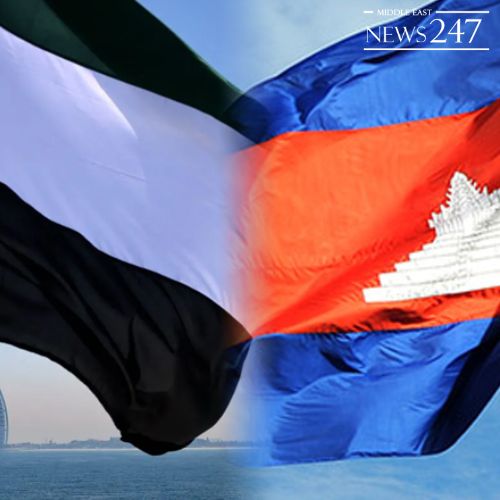 UAE in Talks with Cambodia for Free Trade Agreement :

The United Arab Emirates (UAE) has officially kick-started talks with Cambodia to establish a Comprehensive Economic Partnership Agreement (CEPA). Talks on the agreement were initially initiated in a meeting earlier this year. During the meeting, Pan Sorasak, Cambodia’s Minister of Commerce, and Dr. Thani bin Ahmed Al Zeyoidi, UAE’s Minister for Foreign Trade, agreed to explore possible areas for bilateral trade between both countries.

Both officials also agreed to establish working groups to plan for the launch of negotiations. The latest talks mark the first solid step toward bringing the trade agreement to fruition.

According to Ahmed Al Zeyoidi, the talks mark the first round of negotiations. He also stated that both countries would explore ways to hasten the agreement process. According to Dr. Al Zeyoudi, the estimated time for the finalisation of the agreement is six months maximum and a minimum of three months.

Details on the Agreement

The UAE-Cambodia agreement is expected to focus on specific areas to strengthen trade relations and advance the economic goals across both countries. The agreement’s focus areas include food security, tourism and hospitality, renewable energy, infrastructure and logistics, banking, and financial technology.

The economic partnership agreement is particularly vital because the UAE is currently Cambodia’s largest trading partner in the Middle East. UAE-Cambodia Non-Oil trade peaked at about $279 million in the first eight months of 2022. This indicates the strong commercial ties that the UAE and Cambodia possess. The agreement is expected to consolidate this trade cooperation further.

Also, the CEPA will likely be beneficial on the side of the UAE. Cambodia has maintained relatively stable economic indicators despite current market conditions. For instance, the Asian Development Bank has maintained its 2022 growth forecast of 5.3% for the Cambodian economy. This means that market accessibility will become increasingly profitable for commercial UAE players. Apart from the possibility that this outcome will boost trade, it could also result in a situation where the benefits of national moves trickle down to citizens.

In recent years, the UAE has been focused on reducing its oil dependence and increasing its non-oil revenue. The UAE signed a trade agreement with Indonesia in the third quarter of this year. The UAE-Indonesia CEPA is expected to remove tariffs on numerous goods, boost trade, and widen market access for business players of both countries.
The UAE has also intensified negotiations with Turkey for a trade deal. According to Dr. Al Zeyoudi, the UAE-Turkey CEPA will be finalised soon. In addition to the Turkey and Indonesia trade deals, the UAE has also signed free trade agreements with India and Israel. All deals were signed this year.

Ultimately, the pace at which the UAE has continued to pursue free trade deals indicates that the country is particularly intentional about scaling its non-oil exports. On many fronts, this is a smart move, as the world is gradually moving towards a commercial ecosystem powered by renewables.

Dubai Set to Embark on its Fourth State-Linked IPO