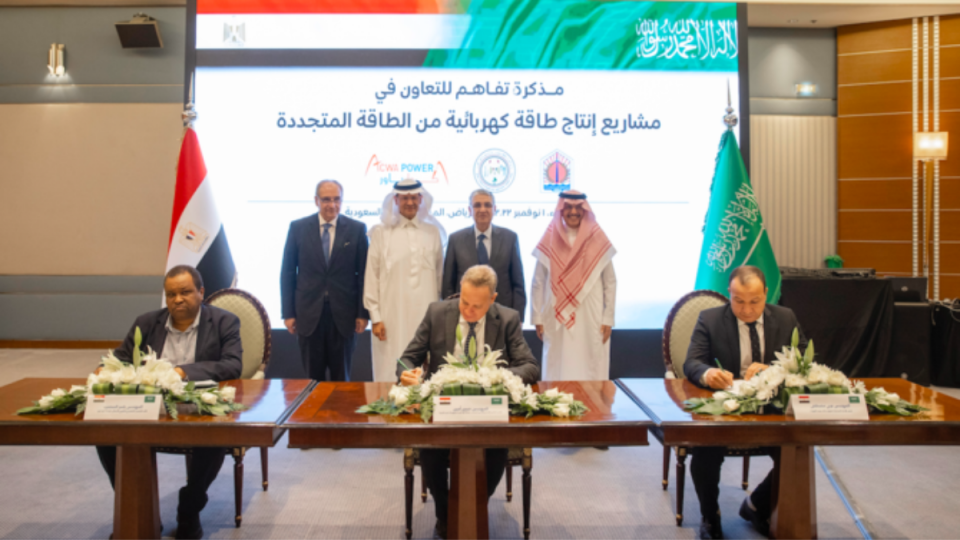 The government representatives that signed the agreement were Prince Abdulaziz bin Salman, Saudi Arabia’s Minister of Energy, and Muhammad Shaker, the Minister of Electricity and Renewable Energy in Egypt. According to both countries, the agreement marks the beginning of strong bilateral relations across the renewable energy field.

More specifically, the MoU seeks to improve Saudi-Egypt cooperation on producing and exporting renewable energy as a power source. It is also expected to enhance the cross-exportation of clean hydrogen and electrical interconnection across both territories.

In addition to the electrical cooperation, the agreement also seeks to promote digital transformation and innovation. According to both countries, one of the primary aims is to leverage the MoU to increase efforts directed at qualitative partnerships in services and energy supply chains.

Also, the MoU covers provisions like joint research across Saudi-Egypt universities and research centres. It also provides for the organisation of renewable energy-focused conferences and seminars. The underlying rationale for these provisions is the development of human capital. The training, seminars, and information exchanges are expected to help both countries boost their experts’ capacities in renewable energy deployment.

Over the past decade, Saudi Arabia has demonstrated its dedication to renewable energy. It recently announced its Vision 2030 goal, which involves generating up to 50 per cent of its electricity through renewables. This MoU with Egypt marks another step in Saudi Arabia’s pathway toward decarbonising its power sector. However, Egypt is not the only country with which Saudi Arabia has established renewable energy cooperation.

Around the same time the Saudi-Egypt MoU was signed, Saudi Arabia also signed an energy cooperation agreement with Oman. The primary aim of the energy agreement is to boost Saudi-Oman cooperation on significant issues like energy efficiency, clean hydrogen, and the standardisation of sustainable materials. The agreement will also involve the engagement of specialised companies from both countries. These companies are expected to boost the drive for the localisation of sustainable materials.

Lastly, the Saudi-Oman MoU will equally help evaluate the possibility of applying the circular carbon economy model in Oman. The circular carbon economy model is a framework primarily developed to manage and reduce carbon emissions. It involves four principles: reduce, reuse, remove, and recycle. Saudi Arabia is already implementing the model, and Oman might follow suit.

Saudi Arabia has always been at the fore of the global renewable energy drive for many years. This MoU with Egypt will likely help increase the Kingdom’s renewable energy footprint. Moreso, it will increase Saudi Arabia’s ability to achieve its Vision 2030 goal of integrating 50 percent renewables into its power sector.

Expats in UAE may still fly to Pakistan, envoy confirms

Dubai Police completes over 1.3 million transactions via its smart platform this year