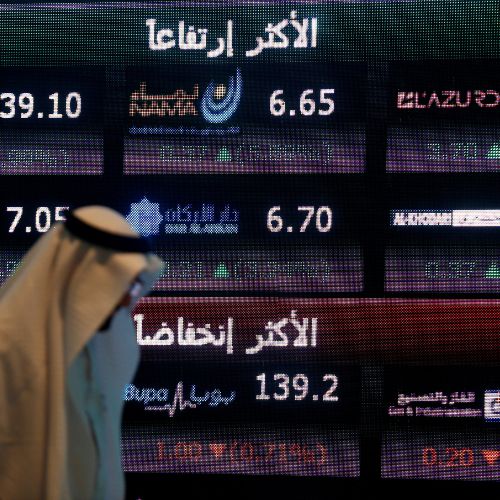 According to the chairman of the Capital Market Authority, Saudi initial public offerings are on track to make 2022 a record year. So far, the number of listings recorded in 2022 already surpasses the total listings for 2021.

Commenting on this record-breaking performance, Muhammed Elkuwaiz explained that the number of IPOs that Saudi is observing for listing and offering is the largest the Kingdom has ever seen. Further commenting at a fintech event in Riyadh, Muhammed added that the value of observed IPOs had already surpassed last year’s figure and is likely to get bigger.

So far, 17 initial share sales have been recorded on the Saudi Stock Exchange, popularly referred to as Tadawul. In aggregation, these initial sales have generated proceeds running into $5.07 billion, just in the first half of the year. To put this performance in perspective, the Saudi Stock Exchange observed a total of 15 offerings in the whole of 2021. Similarly, the exchange recorded proceeds amounting to just under $5 billion.

What drove the Saudi stock exchange performance in 2022?

Clearly, with the current momentum of the stock exchange, the second half of the year could perform just as well. The IPOs of some major firms have primarily driven the historical performance of the Saudi markets in 2022. The most notable IPOs of the year have been Nahdi Medical Co., a pharma chain operator; Elm co, a Public Investment Fund’s digital security firm; and Aldawaa Medical Services Co.

Notably, Nahdi was the most significant initial sales with quite the margin. The company’s IPO was valued at $1.36 billion in Saudi Arabia’s main market. Unsurprisingly, this figure is higher than last year’s highest IPO, which was the $1.21 billion IPO by ACWA Power, a utility provider. Nahdi’s IPO value was followed by Elm Co, which observed $819 million in proceeds. In addition, Aldawaa raised almost $500 million, making it the third most valued IPO in the exchange.

The prospects for the Saudi Stock Exchange continue to get better. For instance, Crown Prince Mohammed bin Salman has stated that he plans to help the Tadawul become one of the world’s top three largest stock markets. Furthermore, the Crown Prince has stated that in facilitating this goal, all the companies owned by the Public Investment Fund (PIF) would be listed on the stock market in the future.

Similarly, the Crown Prince stated recently that he expects NEOM to sell shares to the public by 2024. It is worth noting that such a decision could potentially add about $266 billion to the market.

Remarkably, the current buzz in the Saudi Stock Exchange did not necessarily begin this year. For instance, in December last year, the exchange made the news when it became the biggest exchange IPO in the world since Euronext in 2014. The stock exchange was able to raise $1 billion. No doubt, the current trajectory of the Tadawul is an exciting prospect for financial markets in the Kingdom of Saudi Arabia.

Read  All The Latest News Of Saudi Arabia Only On Menews247

Podium finish for Mitch Evans, Jaguar Racing under the lights at Diriyah e-prix