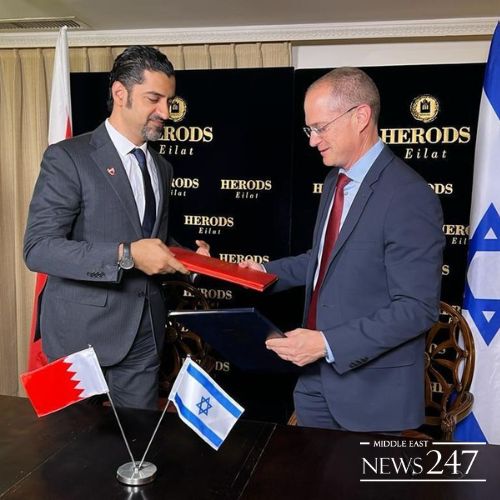 Over the past year, Bahrain has successfully turned global attention to its territory. The Middle Eastern country attracted an FDI of $921 million in the first nine months of this year and recorded a whopping $88 million revenue surplus in the first half of this year. Bahrain is the centre of attention yet again. This time, with its historic agricultural agreement with Israel.

Backstory on the Agreement

Bahrain recently signed an agricultural cooperation deal with Israel. According to Reuters, the countries’ officials signed the agreement at the first-ever international conference on food production technologies from the Dead Sea and Desert. The conference, held in Eilat, was organized by the Agriculture and Rural Development Ministry in Israel. It also featured panel discussions on topical issues like food security, climate change, and agricultural technology.
The Bahrain-Israel agricultural agreement was signed on the sidelines of the conference, where over seventy global ministers and senior delegates were in attendance. According to Oded Forer, Israel’s minister of agriculture and rural development, the agreement marks a vital step in enhancing cooperation between both countries.

The agreement covers areas like the promotion of agricultural and food security cooperation. The deal will equally include technology transfer and the mutual sharing of skills to enhance agricultural production quality and battle food insecurity.

Oded Forer also believes that the agreement takes Israel one step closer to establishing Eilat as a globally-recognized research centre for food obtained through the sea and the desert. Notably, the conference initially was a pathway toward increasing Israel’s agricultural research and technology development footprint. Prior to the agreement with Bahrain, Oded Forer also approved the release of about $50 million toward the development of Eilat.

In 2020, Bahrain normalized its trade relations with Israel after decades of constrained commercial ties. The normalization agreement was officially signed at the American White House before former President Donald Trump. At the time, Bahrain was the fourth Arab state to recognize Israel.

Since the normalization, trade has relatively flourished between both countries. For instance, Israel imported goods worth about $3.4 million from Bahrain in 2021. Israel also exported goods worth $3.8 million to Bahrain during the same period. This trade count was highly impressive, given that both countries had only just normalized their trade relations the previous year.

With this agricultural agreement, both countries expect Bahrain-Israel cooperation to grow stronger. Moreso, given that food insecurity, is a pressing issue in Israel while Bahrain has a high food security performance, the technology transfer provision will likely benefit Israel. From the commercial perspective, agricultural businesses from both countries are also likely to benefit immensely from the increased agricultural cooperation.

As Israel continues to establish solid trade relations in the global market, there is no doubt that it will need strong partners. The agricultural agreement with Bahrain can easily qualify as a good move, given Bahrain’s impressive performance within the agricultural and economic context. Bahrain is also well-positioned to increase its agricultural performance by providing mutual skills sharing under the agreement.